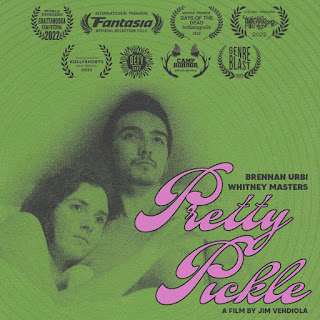 A man begins to dwell on his girlfriend’s quirks until he makes a startling discovery.

My reaction to this film was that the film was okay until a certain moment at which point you just stare wide eyed and slack jawed at the screen. It’s one of those moments that comes out of left field and makes you sit up and gasp. I dare not say more because the whole film hinges on where this goes, however I will say that while at the same saying its the sort of thing that could make some people argue that director Jim Vendiola needs to be put away where he can't hurt himself or audiences