CHILDREN OF THE MOUNTAIN (2016)
A woman gives birth to a child with cleft palate. Feeling that she is to blame for the defect the woman struggles as to what to do with the child and her life. Great looking and well made film is going to split audiences with it's overly earnest approach. The film has a tone which can feel extremely preachy thanks in part to an over ripe and overly pervasive score which amps up every emotion five or ten times where it should be. I was with the film at the start, but I quickly tired of its tone. It simply didn't work for me something that was hit home by the ending which felt artificial.  Your mileage may vary (I have a good friend, Sam Juliano, who thinks this is the best film of the festival) PARENTS (2016)
When their son moves out his parents sell the family home and move into the apartment where they fell in love. Through dry humor and a decidedly Nordic outlook this film examines the changing nature of love and ponders if the reason we first fell in love will always be there. I kind of want to tap out regarding this film because while I intellectually know this is a good film, I also know that 80 films into the festival this film was not getting a fair shake from me. Definitely worth seeing, a real review will have to wait until I see the film again down the road. CALIFORNIA (2016)
Teenaged girl growing up in 1980's Brazil longs to go to California to meet up with her cool uncle. When the uncle returns looking to tie up some loose ends her plans are thrown into a disarray. This is a nice little coming of age drama. Some times that's all one can say about a film 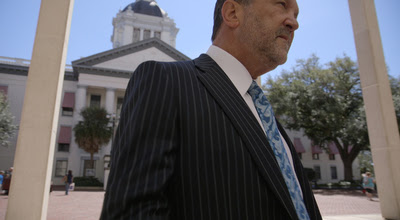 UNTOUCHABLE (2016)
Ariela already did a full review of this troubling film and I just wanted to add that this is a film that really needs to be seen since it reveals many of the problems with the ridiculous ways we are fighting sex offenders. One of the more troubling films at Tribeca this year MAGNUS (2016)
A look at Magnus Carlsen the world chess champion. I know the film was a huge favorite among many of my friends but I found I was rather bored by the film. Its an overly fawning film that never had me connect to the young champion.
Posted by Steve Kopian at April 26, 2016