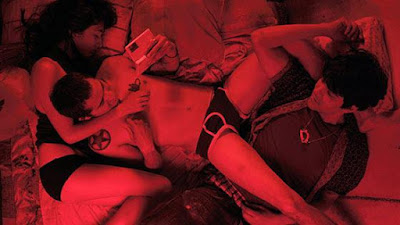 I PROMISE YOU ANARCHY
Gay skateboarders run afoul of Mexican drug cartels who regularly take blood from them. Murder and mayhem result and send one of them fleeing to the US.

Odd mash up of genres and styles gets points for trying to be different and have it’s own unique vision but it loses points for not managing to pull it off. The odd shifts and changes keep things interesting but also annoy because it leaves you wondering what the point of it all is. What exactly is the central vision? I’m not sure.

I admire the film for what it’s trying to do but I don’t like it. 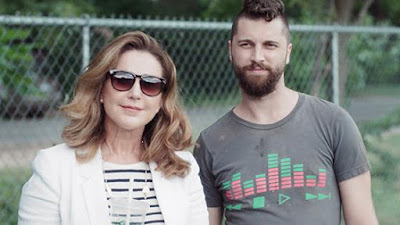 OCCUPY TEXAS
Adequate time killer has an off the grid young man who was living the street as part of the Occupy Wall Street movie being track down and told he parents have died in Texas. Heading home he is forced to deal with the past and his two teenage sisters.

Nice warm and fuzzy movie isn’t anything you haven’t seen before. We’ve been here any number of times, which isn’t a sin especially when it’s done as well as this is. But at the same time it’s done well enough that you wish it had been a tad more creative.

For tickets and more information go here
Posted by Steve Kopian at April 15, 2016