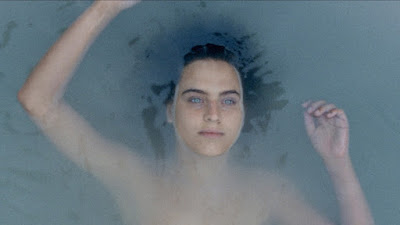 Arianna is a 19 year old girl who has small breasts and still hasn’t had her period. She is feeling adrift. When she decides to stay behind to study at a childhood home, Arianna decides to go see a different gynecologist to determine if there isn’t something that can make her feel more normal. What she discovers shocks her.

The film’s promotional material tries to hide the big reveal but you pretty much know at the start that Arianna was in fact born a boy and had her sex reassigned. The details of why I’ll leave to the film to give you. I’m not sure why they are making it a mystery since the film doesn’t need it since it’s a very good look at the psychology of the many people who had their sex reassigned. I think it’s a super portrait that is done a disservice since suggesting a big mystery raises all sorts of expectations that are not met.

Mystery nonsense aside I really liked this film a great deal. It is a great portrait of a person forced to live with the choices forced upon her by someone other than nature. Recommended.

For Tickets and more information go here.
Posted by Steve Kopian at April 14, 2016