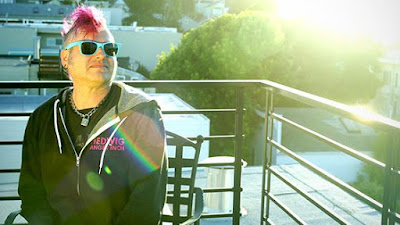 Portrait of "Fat Mike" Burkett of NOFX and his record company Fat Records. Its the story of the man, the various bands and the company and what  happened over the last 30 years. And when I say what its happened, it's all here the good the bad and the ugly. Some of it is told view interviews and some it reenacted via puppets.

Good documentary about Fat Mike and the punk rock scene on the west coast is going to be a mixed affair for anyone who doesn't already know the bands and the scene. Those who know and love the label and the bands on it are going to think this is manna from heaven. On the other hand if you don't know the bands this is going to seem like a marketing tool. Things never seem to get too deep. I always felt as if I was getting a glossed over version of the story. I think part of it is that these guys have told their stories a bit too many times so its all too polished and a bit like a promo film instead of solid documentary.

Worse too many of the people say exactly the same things such as Mike never told anyone what they had to do he just let them make music and left them alone. Its said so often that I quickly ended the idea of a drinking game when I realized that 15 minutes in you'd be shit faced and under the table in 20. Personally the repetition really wore me down.

On the other hand there is the music and the wall to wall sound made me want to crack out my CDs and play some stuff that I haven't heard in a long time.

Highly recommended for those who love the music. All others proceed with caution

For tickets and more information go here
Posted by Steve Kopian at April 14, 2016