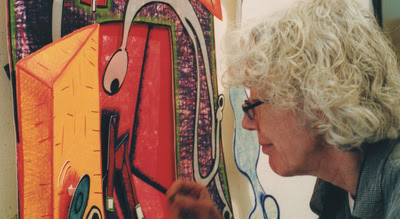 Hour long biography of the painter is a nice over view of her life and work. More a warm remembrance then detailed look the film uses interviews with friends mixed with interviews with the woman herself to give the world a great starting point for appreciating her art and her place in the art world. This played at The Whitney Museum as a special co-presentation with the Tribeca Film Festival. It is almost certainly going to ed up on PBS here in the US. 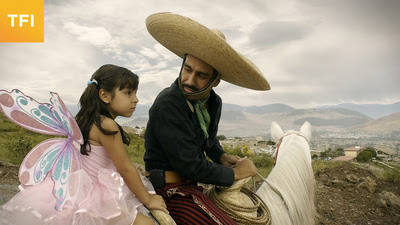 EL CARRO DE TOLUQUILLA
Feature length Portrait of the titled singer/cowboy who is HIV positive is was one of the most hated films at Tribeca. Two friends exchanged biting words about who hated the film more and questioning why the film had to be 89 minutes long. The film is an odd mix of documentary and staged footage based on reality with the result that it plays like a weird found footage film.

Personally I liked the film a great deal up to a point, about the time when the wedding was being talked about, and I realized that the film wasn't going anywhere and didn't seem to have any sort of point. And  at that point the film stopped being enjoyable and I fought to remain awake, something one of the writers failed to do since his snoring echoed through the screening room.

Awards or no avoid this like the plague.
Posted by Steve Kopian at April 24, 2016