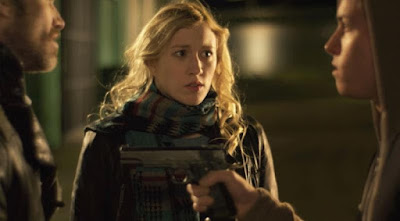 Wildly quirky-almost too much so- I LIVE FOR YOU is the story of a young man named Sean who discovers after his father dies that he has a half brother, Henry. Going to his brother's house he meets Kate his half brother's step daughter. The pair then go looking for Henry and promptly fall in love. Or something.

Moments of great cinematic power (I love the opening credits and the finale) are mixed with mundanely staged conversation scenes that at times don't quite seem up to other moments. At times the film seems intent on wowing you and at others not so much.  It makes for an odd viewing experience that some how always manages to entertain.

Director Monika Wesley may not have made a perfect film but she has made one hell of a calling card because god damn when this movie works it is gangbusters. (And a huge Hollywood hire Stefan French his score is amazing)