I love this film

This portrait of artist  Robert Cenedella, his life, career and thoughts on art and life is deceptively straight forward in the telling. It doesn't try to reinvent the documentary narrative as some recent art docs have. Rather it simply lets its subject hold the center frame and speak,It simply uses the tried and true methods, much like Cenedella's oil on canvas painting in this digital age to create something wondrous. 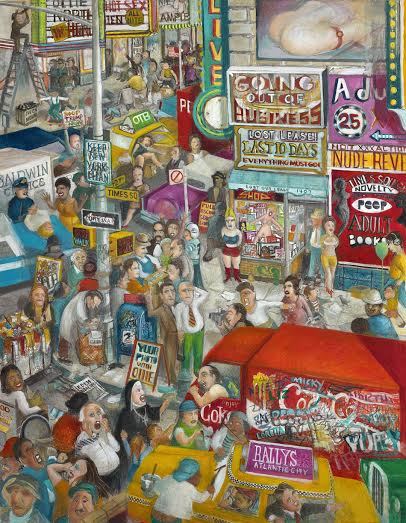 Robert Cenedella is  an artist whose father used to be a big writer in Hollywood. When Joe McCarthy came calling he told McCarthy to go to hell, what he believed was non of his business, it bankrupted the family but it instilled in Cenedella sense of what was important and that one must do what is right including pursuing an art career. Cenedella took on social injustice and the  art world with an unwavering sense of what is right and wrong. He would make art the way he felt he had too, art world be damned.

Despite being an outsider of sorts in the art world his work and his time as a teacher has had a great influence in the world. Cenedella has always followed his own path and as such has produced some truly fantastic art that speaks volumes to the common human- and pissed off the art establishment. Where at first his style was just out of favor things changed because his paintings were too complex, too thoughtful, too pointed and outside the box the establishment kept their brains. ART BASTARD works because its subject Robert Cenedella is absolutely compelling. Listening to him talk about life and art is one of the great cinematic treats I've had recently. Here is an intelligent man just talking with  us (and it is with us not to us) and its positively enlightening. Cenedella is a regular Joe who creates art that walks the fine line between realism and reporting. His paintings aren't typical art but reporting of events and life as he lived it. This film reflects his life, his art and his city and its wonderful.

Words can not express my delight I had at watching this film. From the opening credits done as subway signs (I adore this sequence) on to the end credits I was completely enraptured of this film.

The simplicity of ART BASTARD was a kind of smack in the face for me. I've grown jaded with so many filmmakers trying to do something cool I've forgotten that some times simple is best.  It is a reminder that all one needs to make a good documentary is a camera, a compelling subject and a directors ability to simply let things happen. If you have those three things you'll end up with one of the best films of the year.

ART BASTARD has those three things and it is one of 2016's best.

The film opens today in theaters in NYC, opens in two weeks in LA and then around the country. Track this film down and see it. It will do wondrous things for your out look on life. 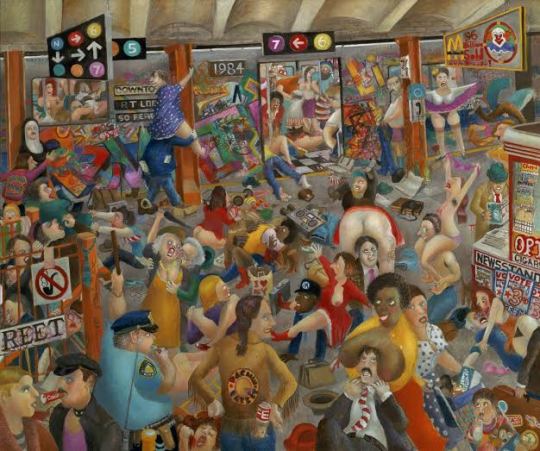