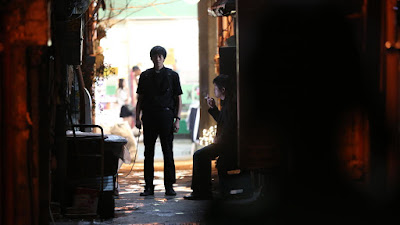 When you want to reinvigorate an over done genre of films sometimes resetting the film in a new location makes everything better. Take for example the overdone genre of exorcism films. We’ve had too many films since the EXORCIST rattled cages 40 years ago, and a good number of them aren’t all that hot. Yes there have been some winners but mostly it’s the same story told over and over again. THE PRIESTS resets the well worn story of an exorcism and resets it in Korea, adds lots of character development and psychology and a dash of local culture for a film that will have you at the edge of your seat.

The film begins in Italy where word comes to the Catholic Church of the appearance of a demon. As the church scrambles to get word from the man on the scene we find out he has matters in hand, the demon has been exorcised. Unfortunately in the rush to destroy the demon accidents happen and the demon gets lose and goes into a teenaged girl. Flash forward a priest in Korea wants to perform an exorcism on the girl who was possessed but needs approval of the church. Fearing the backlash if things go wrong they give him unofficial approval. The Church also begins to look for a new assistant for the exorcist since the old one has locked himself away. As the two men come together preparations are made for the battle with evil.

One of the best films about exorcism that I’ve run across, THE PRIESTS will keep you up late at night. I saw this film in the evening a couple weeks back and when it was done I spent the next two hours trying to cleanse my head with stupid comedies. It helped me to get to sleep but the feeling still hung with me for a day or two afterward. Of course it didn’t help that I was telling everyone I could about how good the film was.

The reason the film is so chilling is twofold.

First the film’s moving the typical Catholic exorcism tale to Korea instantly puts us off balance. Things are not quite the same, especially when the story adds in shamanism and other non-western touches as if they were no big deal. It colors things deeply for the Western audience and probably to some degree Korean audiences as well.

The other reason the film works is that this is a character driven tale. We care about the characters a great deal and our like for them is what keeps us watching. We fear for what will happen to them. The real chills come not from the blood and guts, but from the fear that the men we like will get hurt or killed. We buy it all because we buy the characters-all the characters. Say what you will there isn’t a bad performance in the film. Even the small roles manage to be characters, which is important since what they do affects what we see later on.

This is a great film. It will scare you. This is one I want to share and pass around.

An absolute must see when it plays Thursday at Lincoln Center 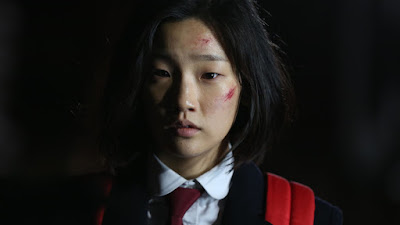