Mark of the Witch (aka Another) 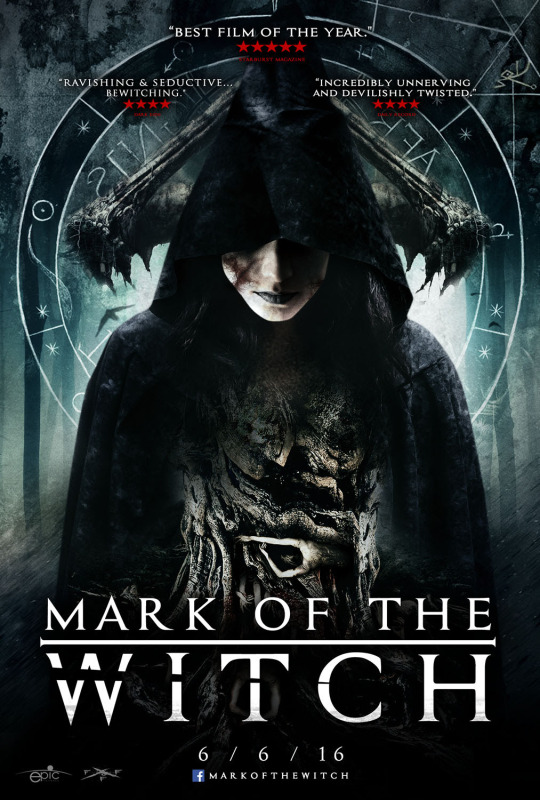 Jason Bognacki's MARK OF THE WITCH is a visual and aural masterpiece. This is a great looking and great sounding horror film. Once you get past the obvious use of computer effects this film kicks serious ass.

Turning 18 Jordyn's life comes apart. The woman who is raising her stabs herself in the belly, she is having weird dreams and she has a sense that an evil doppleganger is running around. What is going on?

All hail Mr Bognacki's technical flair he has taken a story that we've seen many times before and managed to make it a creepy as all hell film. Strange things happen. Images disturb. While we get some explanation much is left for us to piece together. Its a brilliant move that generates loads of tension and unease. I'm not sure if I was ever scared but I didn't like the head-space this film put me into. I shouldn't feel like that.

Except that's what horror films are all about.

The film has two flaws, both minor.

First the film overly relies on computer images. Yes I know the film was done on the cheap, but its clear that some of the trickery isn't as good as it could be. That said the mood and the story are compelling enough that you quickly don't mind.

The other minor flaw is that despite the running time of 80 minutes the film is closer to 70. There are 10 minutes of credits simply to bring the film up to feature length. I wouldn't mention it except that the film has a post credits sting in the tail which isn't something you'd think was there with such a long credits sequence. Normally I'd have just turned off the film except that the length was so long I figured something was there.

Despite the minor flaws and because the film is so god damned creepy I recommend MARK OF THE WITCH when it hits VOD on the 6th.

MARK OF THE WITCH hits digital platforms on Monday.
Posted by Steve Kopian at June 04, 2016