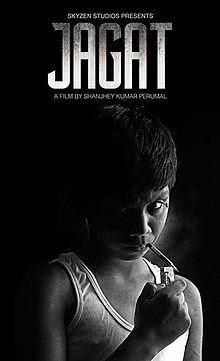 Set during the early 1990's when the the Indian Malaysians were living under horrible conditions having beenkicked out by the land owners and driven to the cities, However once they got to the cities things were worse as the rampant crime limited their options.

12 year old Appoy lives parents. His father wants him to study hard but he'd rather watch crime shows on TV. Not fully succeeding in school despite  being pushed by his dad he struggles to find a place for himself despite the unsavory characters moving around him, trying to pull him off the straight and narrow.

Social drama meets coming of age film meets crime drama for a potent film experience.(Think Satyajit Ray on a dark day) Despite the feeling that this isn't quite real life, the film paints a portrait of life most people in America are not going to have any idea about. Its a hard existence where even the strong may not survive.  Its a gritty story that could have used a few less perfectly composed shots.

For tickets and more information go here.
Posted by Steve Kopian at June 25, 2016