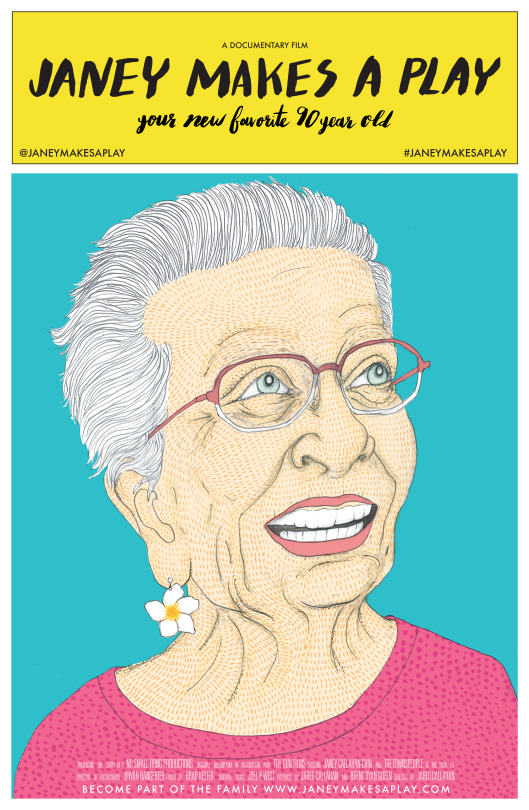 Hitting theaters Friday in LA at the Arena Cinema with other theaters next Friday is a sweet little film called JANEY MAKES A PLAY. This is exactly precisely the sort of film that Unseen Films was started to highlight.

The film follow Janey Callahan, the 90 year old grandmother of director Jared Callahan as she puts together her latest play. We watch as Janey gathers the cast makes the sets and tries to get enough money to make the play go. It’s a portrait of an amazing old lady and the town she lives in.

A wonderful slice of life and portrait of a bunch of people who are more or less off the radar, this is a charming little film that will delight and warm the hearts of anyone lucky enough to stumbled into the film. I say this from experience since I really had no intention of seeing the film, much less reviewing it but things fell together and not only did I see the film I was delighted by it to the point that I’m reviewing it.

If you want a film that’s off the grid and deserving not to be, then search out JANEY MAKES A PLAY.

The film opens in LOS ANGELES, ATLANTA and SAN DIEGO Friday. Rio Vista California Next week and Minneapolis at the end of July
Posted by Steve Kopian at June 15, 2016