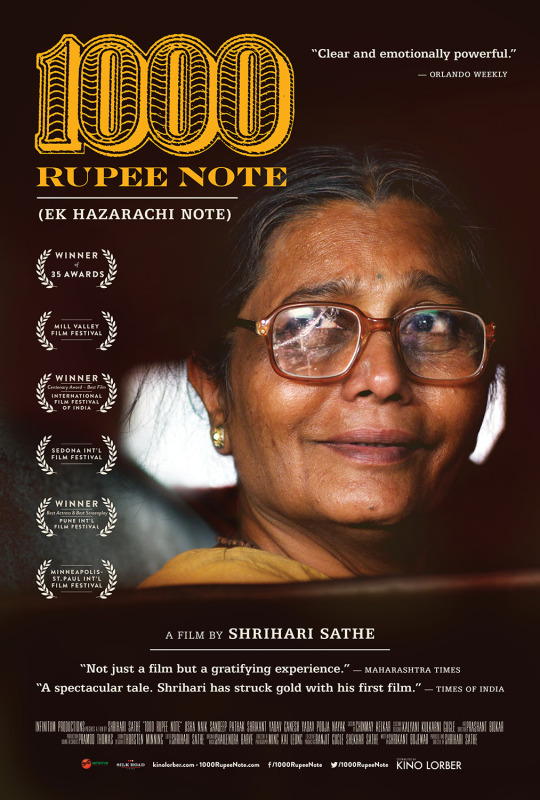 An older woman whose son committed suicide due to mounting debt is given a some 1000 rupee notes by a politician. The note then brings a its own troubles to the woman and a neighbor who is a kind of adopted son.

Echoing, in a way, Steinbeck's The Pearl, 1000 RUPEE NOTE is about the trouble we have with getting the thing that will change our fortune.Wealth brings its own troubles. When we have something that other people think they should have these other people often will try to work out why that is, and then work out how to get it for themselves. Its seems inconceivable that this woman would have such a large note...and as for the explanation-out right corruption and vote buying- which is of course an open secret-but one no one should talk about.

I hate to call the film charming, but in its way it is. This is ultimately good time with good people despite the fact that the people in the film are in ultimately dire circumstances. Life isn't great to begin with but there is humor. And even when things turn darker there is a sense that life isn't that dark.

The film opens in select theaters Friday
Posted by Steve Kopian at September 21, 2016