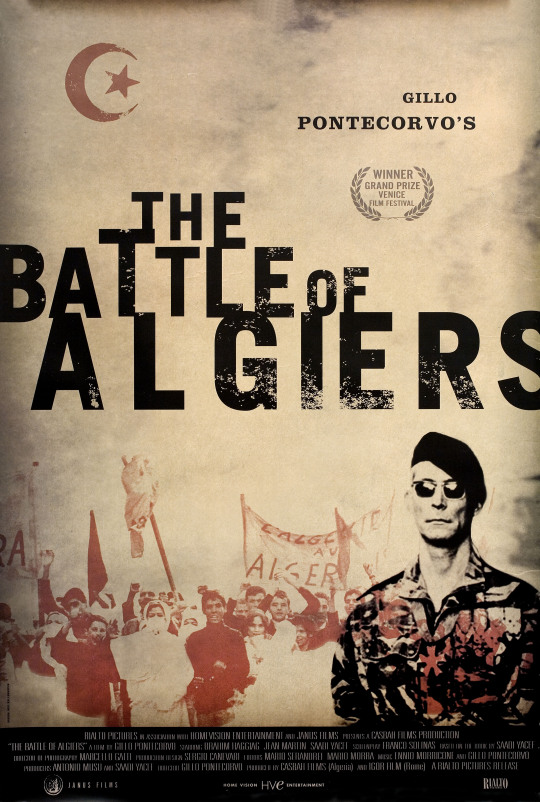 Banned off and on since it's release by a variety of governments The Battle of Algiers is one of the great treasures of cinema that you'll end up watching over and over again simply because its a great thriller. That the New York Jewish Film Festival is running it as part of their War Against War sidebar is a treat since it's a chance to see the film on the big screen the way it should be seen.

The film is the story of the Algerian uprising in the late 1950's that eventually led to the countries freedom from France. the focuses on a group of freedom fighters over the course of several years.

I don't know how much I should say abut the film. I don't know how much needs to be said. For me the film is just a great thriller/war film.The fact that the film pissed off the French and is feared by some people in various governments who see it as a blueprint for revolution only adds to the films mystique.

Actually I think the key point about the film is that it really is a good film. Its a film that once you see it, once you get past all of the pretentious bullshit about the film being a classic... being one of the greatest films of all time... basically once you kick the pedestal out from under it you realize that its a good film. Its actually one of the few films on the supposed all time great films that I'd just put it on for the hell of it. I watch it because I want to munch popcorn while watching a ripping good yarn not because I want a "great" film.

If you've never seen it go see it

If you've seen it big go see it again

This film kicks butt
Posted by Steve Kopian at September 29, 2016