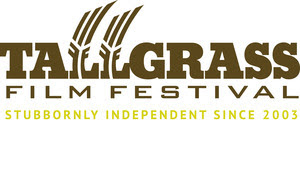 As much as I would love to post another press release about the Tallgrass Film Festival I don't think you all really care to read the hype what you want to know is what are they showing on October 12 to 16- well what follows is the list of films minus all the talk- basically the good stuff.

As things stand right no I'm not sure how much coverage will give- it is happening at the end of the New York Film Festival so my priorities are there. However, as has happened with other festivals I may sneak some stuff in-

For more information on the films and tickets go the webpage here.

THE ARBALEST
DIRECTOR: Adam Pinney
USA | 2015 | 1h 13m
The inventor of the world’s greatest toy reflects on a decade long obsession with his muse - a woman who hates him.

BENDER
DIRECTOR: John Alexander USA | 2015 | 1h 20m
The year is 1873, and travelers are mysteriously vanishing on the Kansas frontier. A troubled doctor goes searching for answers and stumbles upon the Bloody Benders

CLOSET MONSTER
DIRECTOR: Stephen Dunn
Canada | 2016 | 1h 30m
A creative and driven teenage boy is desperate to escape his dysfunctional parents, the haunting memories of his turbulent childhood, and the town he feels is suffocating him.

CUT TO THE CHASE (SI NOMINEE)
DIRECTOR: Blayne Weaver
USA | 2015 | 1h 30m
A hustling ex-con sets out in search of his kidnapped sister through the criminal underbelly of Shreveport, Louisiana.

DIVERGE (SI NOMINEE)
DIRECTOR: James Morrison
USA | 2016 | 1h 20m
The survivor of a deadly virus is given the chance to regain his past life by stopping those who are responsible.

EMPTY SPACE
DIRECTOR: James Choi
USA | 2016 | 1h 16m
An overweight, bullied young man befriends a precocious blind girl who shows him how to be accepted and loved in this tender coming of age film.

ERASING EDEN (SI NOMINEE)
DIRECTOR: Beth Dewey
USA | 2016 | 1h 10m
A young woman sabotages her own wedding then embarks on a harrowing journey to salvage it and reclaim her identity.

FREE IN DEED
DIRECTOR: Jake Mahaffy
USA, New Zealand | 2015 | 1h 40m
When a single mother brings her young boy to church for healing, a lonely Pentecostal minister is forced to confront the child’s seemingly incurable illness as well as his own demons.

GIRL FLU
DIRECTOR: Dorie Barton USA | 2016 | 1h 32m
12-year-old Bird experiences the worst week of her life while having to deal with the onset of puberty and the adolescence of her free-spirited mother

HERE ALONE
DIRECTOR: Rod Blackhurst USA | 2016 | 1h 36m
A woman struggles to survive in the wake of a mysterious epidemic that has decimated society and forced her deep into the unforgiving wild with her child.

THE INNOCENTS
DIRECTOR: Anne Fontaine
France, Poland | 2016 | 1h 55m
At the close of WWII, while French Red Cross doctor Mathilde is working in Poland, she is summoned to a Benedictine convent. What she finds there is shocking: A holy sister about to give birth and several more in advanced stages of pregnancy.

A MAN CALLED OVE
DIRECTOR: Hannes Holm
Sweden | 2015 | 1h 56m
Based on Fredrik Backman’s international best selling novel. A cantankerous man with steadfast beliefs, strict routines, and the feeling that everyone around him is an idiot seems to have given up on life until a boisterous young family moves in next door.

MOTHER (EMA)
DIRECTOR: Kadri Kõusaar Estonia | 2016 | 1h 29m Estonian with English subtitles
A mother cares for her comatose son after he is shot. As the small, tight-knit Estonian town tries to solve the mystery of who shot him and why, the world’s clumsiest crime may go unsolved.

PUSHING DEAD
DIRECTOR: Tom E. Brown USA | 2016 | 1h 48m
A struggling writer’s world is shaken when his health insurance is canceled and his HIV meds are almost gone. He tackles the system and his personal life with humor.

THE SALESMAN (FORUSHANDE)
DIRECTOR: Asghar Farhadi France, Iran | 2016 | 2h 05m
Revered Iranian director, Ashgar Farhadi, presents a drama about the choice to ruin a deplorable man’s life to teach him a lesson and gain revenge or to show compassion - all against the backdrop of Arthur Miller’s Death of a Salesman.

ENLIGHTEN US: THE RISE AND FALL OF JAMES ARTHUR RAY
DIRECTORS: Jenny Carchman
USA | 2016 | 1h 33m
Motivational super star, James Arthur Ray, returns to the self-help industry after being convicted of negligent homicide in the death of three clients.

GROWING UP COY
DIRECTOR: Eric Juhola
USA | 2016 | 1h 23m
A Colorado family is thrust into the international media spotlight when they fight for the rights of their 6-year-old transgender daughter in a landmark civil rights case.

HARRY BENSON: SHOOT FIRST
DIRECTORS: Matthew Miele, Justin Bare
USA | 2016 | 1h 20m
Renowned photographer Harry Benson’s illustrious career began with intimate photographs of The Beatles on their first trip to America. His story is told by the icons of music, politics, and film he has captured and still shoots today at 86.

JACKSON
DIRECTOR: Maisie Crow
USA | 2016 | 1h 32m
With a single abortion clinic remaining in the state of Mississippi, the city of Jackson has become ground zero in the nation’s battle over reproductive healthcare.

PUMPED DRY
DIRECTOR: Steve Elfers
USA | 2016 | 1h
In places around the world (including Kansas), supplies of groundwater are rapidly vanishing. As aquifers decline and wells begin to go dry, people are being forced to confront a growing crisis.

THIRSTY LAND
DIRECTOR: Conrad Weaver
USA | 2016 | 1h 30m
Farmers, communities, and the environment are impacted by the challenges of extreme drought and the water crisis in the Western United States.

TICKLED
DIRECTORS: David Farrier, Dylan Reeve
New Zealand | 2016 | 1h 32m
Journalist David Farrier stumbles upon a mysterious tickling competition online. As he delves deeper he comes up against fierce resistance, but that doesn’t stop him from getting to the bottom of a story stranger than fiction.

TO BE A MISS
DIRECTOR: Edward Ellis
USA, Venezuela | 2016 | 1h 24m ** US PREMIERE
Venezuela has won more global beauty competitions than any other nation in the world. Yet behind the glamor of pageantry lies a more sobering portrait of what it means to be a woman in this country.

TOWER
DIRECTOR: Keith Maitland
USA | 2016 | 1h 36m
On August 1, 1966, a sniper rode the elevator to the top floor of the University of Texas Tower and opened fire. These are the untold stories of witnesses, heroes, and survivors of America’s first mass school shooting.

UNDERFIRE: THE UNTOLD STORY OF PFC. TONY VACCARO
DIRECTOR: Max Lewkowicz
USA | 2016 | 1h 19m
Tony Vaccaro, a WWII infantryman, smuggled his $47.00 portable camera into battle to create one of the most comprehensive and intimate records of the war.

WALK WITH ME: THE TRIALS OF DAMON J. KEITH
DIRECTOR: Jesse Nesser
USA, Canada | 2016 | 1h 30m
Detroit civil rights giant Judge Damon J. Keith reflects on his journey from enlisting in a segregated army to deciding some of the most landmark and controversial rulings of the last 50 years.