NUCLEAR NEIGHBOR
Story of the residents around Finland's nuclear power plant in Pyhäjoki’s Hanhikivi to stop it's construction. The plant began construction in 2011 right after the Fukishima disaster and has been the epicenter of a community fight ever since then.

A kind of companion piece to last year's RETURN OF THE ATOM about Finland's building of  a reactor in 2002, the first since Chernobyl, NUCLEAR NEIGHBOR is a good little film about people fighting to keep their land radiation free. Focusing on the activists and not on the site the film shows us what it's like from the outside.

Recommended for those who are anti-nuclear power 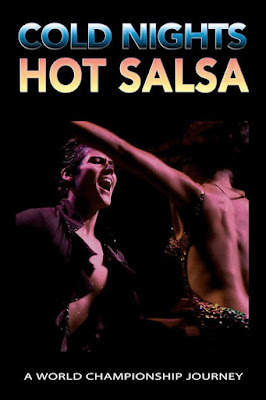 COLD NIGHTS HOT SALSA
Portrait of two salsa dancers, Katia Morales and Victor Contreras over three years as they strive to get into the top ten in the world.

Not only does this sweet little film have to charming people at its center it is full of great dancing and good music.