JONAS AND THE BACKYARD CIRCUS
Documentary about 12 year old Jonas who loves circuses and struggles to keep the circus he runs in his back yard with his friends going.

Charming, at times heart breaking and frequently unexpected, Jonas is a lovely little film that is like it's subject something that goes it's own way. This was a film that had me expecting one thing and then went in another direction. Its a lovey portrait of a boy who doesn't want to grow up and who wants to stay at the circus he's created for himself. 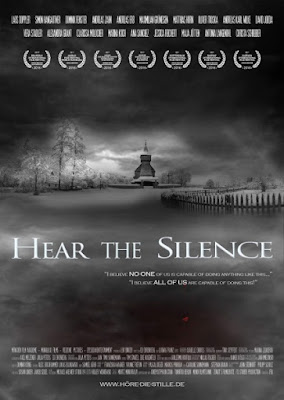 HEAR THE SILENCE (aka HORE DE STILLE)
Unit of German soldiers behind enemy lies in the Ukraine take over a town, who at first see them as liberators from the Soviets. However tensions rise and soon the two sides are at war, egged on my one of the villagers who fears what will happen if the Soviets return and they don't resist.

Solid small scale war film is gripping to a real sense of place and of life. There is something more here beyond than the typical black and white images or big Hollywood productions and it gives a real sense of life and death.

As small inde war films go this is one of the best I've seen recently to the extent that I'm actually taking the time to write the film up. 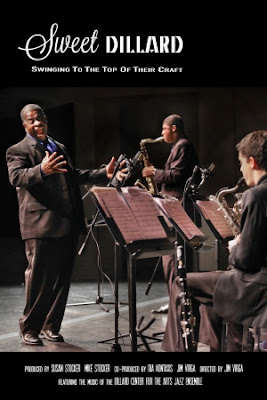 SWEET DILLARD
Excellent portrait of Christopher Dorsey  the head of the jazz band at the  Dillard Center for the Arts in Broward County. Doresy has shaped the band into something that helps the musicians in the band achieve a level of perfection that makes them able to play with the best in the world as well as come together to be young people able to go out into the world and make a difference.

What can I say the film is full of great music and great characters. A wonderful film that is one of the best films at the Harlem International Film Festival.