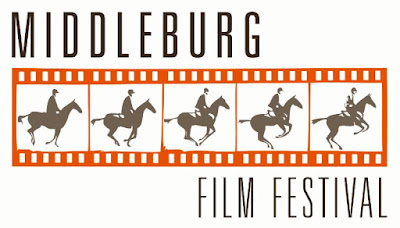 I know I've been posting a great deal on film festivals but the stuff I'm seeing at various festivals is cross pollinating at other festivals. When I got the  following press release earlier today I realized that I had to post it because it shows that people away from the major cities can see the big films too. Middleburg has a large number of films that are playing the New York Film Festival and a bunch more that should have been. Its such a good  festival that if you're in or near Virginia you should make an effort to go and see these films on a big screen.

LION to Open the Festival on October 20

Henry Jackman to Be Honored as the 2016
Distinguished Film Composer

LOVING, from director Jeff Nichols, will screen as the Sunday Morning Spotlight selection. In 1958, Mildred and Richard Loving (Ruth Negga and Joel Edgerton) were arrested and sentenced to prison for getting married. She was "colored" and he was white - and that was a crime in the state of Virginia. Their case went all the way to the U.S. Supreme Court, which ruled in a landmark decision in favor of the Lovings.

The festival will also screen six foreign language submissions to the Oscars, including films from Italy, Chile, Germany, Iran, Denmark, and Spain.

Henry Jackman will be honored as this year's Distinguished Film Composer with a live performance of his most memorable scores performed by the Shenandoah Conservatory Symphony Orchestra and The Freedom Choir. Jackman's featured works include THE BIRTH OF A NATION, CAPTAIN AMERICA, MONSTERS VS ALIENS, PUSS IN BOOTS, BIG HERO 6 and THE INTERVIEW. A conversation with Jackman will take place between the musical selections.

"We look forward to welcoming festival attendees to the fourth year of Middleburg Film Festival," said Middleburg Film Festival founder Sheila C. Johnson. "We have an exceptional film slate this year, featuring the work of a diverse and very talented set of filmmakers. We're delighted to showcase the work of first-time directors as well as acclaimed filmmakers from all over the world."

Middleburg Film Festival runs from October 20 to October 23 in Middleburg, VA and is located just a short one hour from Washington, DC.

LION
Director: Garth Davis
2016, 120 minutes
Country: Australia
Genre: Narrative
Five-year-old Saroo gets lost on a train in India and must survive on the streets before ultimately being adopted by an Australian couple. Twenty-five years later he sets out to find his birth family and finally return to his first home.

THE EDGE OF SEVENTEEN
Director: Kelly Fremon Craig
2016, 102 minutes
Country: USA
Genre: Narrative
Kelly Fremon Craig makes her directorial debut with a hilarious and charming coming-of-age dramedy about Nadine, a high school junior, whose life goes from bad to worse when her best and only friend begins dating her older brother.

MANCHESTER BY THE SEA
Director: Kenneth Lonergan
2015, 136 minutes
Country: USA
Genre: Narrative
In MANCHESTER BY THE SEA, a solitary Boston janitor, played by Casey Affleck, confronts his devastating past when he returns to his hometown to take care of his teenage nephew.

MOONLIGHT
Director: Barry Jenkins
2016, 111 minutes
Country: USA
Genre: Narrative
MOONLIGHT chronicles the life of a young black man from childhood to adulthood as he struggles to find his place in the world while growing up in a rough neighborhood of Miami.

LOVING
Director: Jeff Nichols
2016, 123 minutes
Country: USA
Genre: Narrative
In 1958, Mildred and Richard Loving were arrested and sentenced to prison for getting married. She was "colored" and he was white - and that was a crime in the state of Virginia. Their case went all the way to the U.S. Supreme Court, which ruled in a landmark decision in favor of the Lovings.

AMERICAN PASTORAL
Director: Ewan McGregor
2015, 108 minutes
Country: USA
Genre: Narrative
Based on the Phillip Roth novel, AMERICAN PASTORAL follows an all-American family across several decades, as their idyllic existence is shattered by social and political turmoil that will change the fabric of American culture forever.

AQUARIUS
Director: Kleber Mendonça Filho
2016, 145 minutes
Country: Brazil/France
Genre: Foreign Language Narrative
Clara is the last resident of the Aquarius, a two-story building built in the 1940s. She refuses to leave as real estate developers try to drive her from her home.

THE EAGLE HUNTRESS
Director: Otto Bell
2014, 87 minutes
Country: USA
Genre: Documentary
THE EAGLE HUNTRESS follows a 13-year-old girl as she trains to become the first female in twelve generations of her Kazakh family to become an eagle hunter.

FIRE AT SEA
Italy's submission to the Best Foreign Language Film category at the 89th Academy Awards
Director: Gianfranco Rosi
2016, 108 minutes
Country: Italy/France
Genre: Documentary
The documentary captures life on the Italian island of Lampedusa, a frontline on the European migrant crisis and the first port of call for hundreds of thousands of African and Middle Eastern migrants hoping to make a new life in Europe.

GRADUATION
Director: Cristian Mungiu
2016, 128 minutes
Country: Romania
Genre: Foreign Language Narrative
Romeo, a respected surgeon, is willing to compromise his integrity to ensure a better future for his teenage daughter and allow her to escape their bleak life in Romania after she graduates high school.

JULIETA
Spain's submission to the Best Foreign Language Film category at the 89th Academy Awards
Director: Pedro Almodóvar
2015, 99 minutes
Country: Spain
Genre: Foreign Language Narrative
After a chance meeting, Julieta, a broken-hearted woman living in Madrid, decides to confront her life and the loss of her daughter, whom she hasn't seen in thirteen years. Based on short stores by Alice Munro.

LAND OF MINE
Denmark's submission to the Best Foreign Language Film category at the 89th Academy Awards
Director: Martin Pieter Zandvliet
2015, 101 minutes
Country: Denmark
Genre: Foreign Language Narrative
As World War II comes to an end, a group of young German POWs are captured by the Danish army and forced to defuse and clear land mines from the Danish coastline.

PATERSON
Director: Jim Jarmusch
2016, 118 minutes
Country: USA
Genre: Narrative
Paterson is a bus driver in the city of Paterson, New Jersey. Every day, Paterson adheres to the exact, simple routine - walking his dog, having one beer, and writing poetry.

THE RED TURTLE
Director: Michaël Dudok de Wit
2015, 80 minutes
Country: France / Belgium / Japan
Genre: Animation
A man marooned on a desert island tries desperately to escape, until one day he encounters a strange turtle that will change his life.

THE SALESMAN
Iran's submission to the Best Foreign Language Film category at the 89th Academy Awards
Director: Asghar Farhadi
2016, 125 minutes
Country: Iran
Genre: Foreign Language Narrative
After their apartment is damaged, a young couple living in Tehran, is forced to move into a new place. An incident linked to the previous tenant will dramatically change the couple's life.

THINGS TO COME
Director: Mia Hansen-Løve
2016, 100 minutes
Country: France / Germany
Genre: Foreign Language Narrative
Nathalie teaches philosophy in Paris and is married with two grown children. When her husband suddenly announces he is leaving her for another woman, Nathalie must reinvent her life.

TONI ERDMANN
Germany's submission to the Best Foreign Language Film category at the 89th Academy Awards
Director: Maren Ade
2014, 162 minutes
Country: Germany
Genre: Narrative
Without warning, a father decides to reconnect with his adult daughter. Believing that she has lost her sense of humor, he decides to fix this by surprising her with a rampage of jokes.

Middleburg Film Festival offers four days of fantastic films in a spectacular setting, only 30 minutes from Dulles International Airport and just one hour from Washington, DC.

A carefully curated selection of narrative and documentary films will screen in an intimate theatre environment, followed by fascinating Q and A's with world-renowned filmmakers and actors. The films include Oscar contenders, festival favorites, foreign films, regional premieres, and both narratives and documentaries.

Festival attendees will also be able to experience the natural beauty, food, wine, and warm hospitality of Middleburg.
Posted by Steve Kopian at September 29, 2016