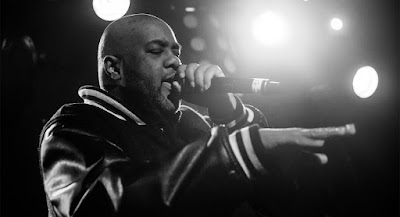 A short film about Timothy "Gift of Gab" Parker a rapper who returned to the studio when his kidney's failed and he found the time and desire to write again.

Short biography that needs to be turned into a feature film. Parker is a fantastic subject who is speaks wonderful words of wisdom. Watching the films six minutes whiz by one can't help but think how much more there is to find out about Parker.  I knew nothing of Parker or his music, but I'm intrigued enough to want to know more

The highest praise I can give this film is that I sincerely hope that the film not only get seen by everyone but also leads to a feature film.
Posted by Steve Kopian at September 28, 2016