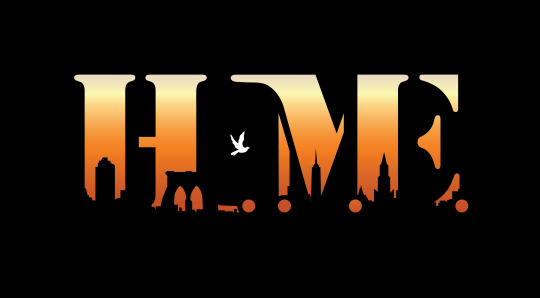 The times that the universe changes and suddenly you're jaw is hanging open at something so over powering and unexpected are few and far between. You never know when something is going to hit you like a brick and change your view of everything. One of the reasons I love festivals, especially ones like the Harlem Film Festival is that every now and again you walk into something you know nothing about and have less than no expectations for and, when it's done, you stagger out wanting to know everything you can about the people who has just rattled you cage.

All hail director Daniel Maldonado and this cinematographers Boryana Alexandrova and Shawn Bell. All hail the future royalty of film.

That's not an idle boast, that's something heartfelt and from the gut.

The plot of the film is two separate stories, a young man with Asperger's Syndrome wandering the city sketching and traveling. The other follows a livery cab driver who takes a woman home to her sick child.  On the face of it the stories aren't anything special however its in the editing and especially the cinematography that the film becomes a work of art.

Shot on location across New York City the film has a sense of time and place that I've only seen equaled in a very few films, usually a documentary.  We are on the subways, the cars, the streets, the bodegas and everywhere in between. The look, the sounds, everything comes together to create a tactile sense of the city. I've traveled around it enough to know what it is like in the places shown and seeing and hearing the images I could smell some of the places as if I was there.

What really knocked my socks off is how the story is told. Maldonado knows where to put his cameras and how to compose shots in order to tell his story so effectively. From the opening shot of a subway station high above the tracks in a place we'd never be the audience is drawn in. Maldonado pulls us in and makes us complicit in the events. Most of the film seems to have been shot in such away that we could have been there. Watch how some scenes begin as if we are some on in a subway or a store and we kind of see something happen and we're watching it from the corner of our eye before our attention shifts to full on watching.

I know it's form to praise just the director but with a film like this, where so much of the story is conveyed by the images that it is not possible to think that Maldonado and his visual artists didn't work hand in hand. There is no way that this couldn't have been a collaborative effort because with out the visuals the story would have been nothing special, while without  the writing and direction the visuals would have been vodka advertising.

This film is the calling card of people who are ready to kick ass and take names.

You will forgive me if I don't prattle on, I'm too in awe of what I just saw. I need time to process. I've rushed this review up because you need to know to run out and buy tickets for tomorrows screening now.

One the best films at the Harlem International Film Festival.

For more information and tickets go here.
Posted by Steve Kopian at September 15, 2016