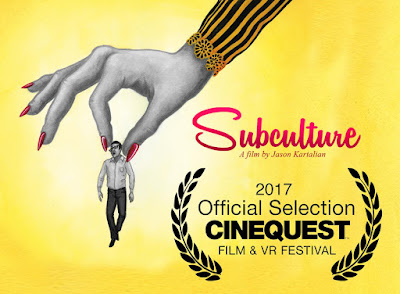 Jason Kartlian’s SUBCULTURE is an absolutely wonderful short. A funny twisty joy it’s film that will have you laughing from start to finish. Best of all it’s a short film that is a rare bird these days a complete film.

The plot of the has a man go to see his therapist…and I’ll leave it there. Not because what happens is bad- it’s not- rather to say more would reveal where the film is going and where that is isn’t fully revealed until the end credits roll. I do not want to ruin it for you.

What I will say is that the film is a series of increasingly loud belly laughs. As things happen joke builds on joke to make the next one funnier simply because it’s the context. The only think I can compare it to is the best work of Neil Simon who made a career writing plays full of jokes but which are not so funny unto themselves, but when taken together and in order produce bigger and bigger laughs (Simon’s Rumors anyone?)

What I love is that the film is the film. While it’s a calling card for a feature it doesn’t feel like a promo reel for one. Details are not left hanging, it’s not the middle of a story. It’s a short film with a beginning ,middle and end. The result is the film is much more satisfying and so much better. It’s a perfect confection that fils you up

If you want to know why Jason Kartilian is one of my favorite directors all you need to do is see the perfection of this film.

SUBCULTURE World Premieres March 4th at Cinequest in San Jose California playing with a feature called MEG. For tickets and a list of all the dates it's playing go here. 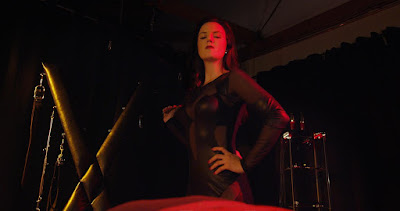