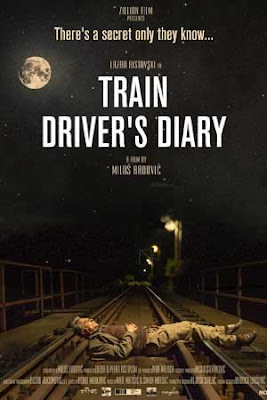 Wonderful black comedy/ drama about a train engineer who adopts a a young boy who wants to drive trains as well. The trouble is the father doesn't want him to drive any trains since there is a very good probability that he will kill someone.

This film completely blindsided me. The write up in the Winter Film Awards site doesn't clue you into how funny the film is. The opening bits with the bus full of musicians being killed is really dark and truly funny. By the time our hero had talked the psychologists off the ledge I was hooked and willing to go anywhere the film wanted to go.

Full of odd people and completely believable twists this is one of those films that sneaks up on you and makes you fall in love with cinema all over again. This is closer to life as it is lived than most run of the mill films simply because everyone is their own shade of crazy- loving but quirky.

I can't recommend this film enough - especially for anyone who wants a palate cleanse from you typical Hollywood crap.

For tickets for Saturdays screening can be had here.
Posted by Steve Kopian at February 22, 2017