Rendez-Vous With French Cinema (RWFC) is back once again and if you love French film you need to buy tickets and go. Every year the festival runs some of the best films you’ll see all year.

I’ve been attending the series for years now and I always find a few films that absolutely delight me. I’ve seen all sorts of films, animation, comedies, dramas and musicals that I would never have had a chance to see any other way. It is not so much that they don’t get US releases, most of the films will be seen in the US later in the year, but rather when they slip in one at a time it’s easy to miss them. RWFC puts out such a big spread of films you can’t not sit up and take notice and go.

I love this fest since it always shows me some real treasures. This year I loved DJANGO about Django Reinhardt. It’s a great war time story with wonderful music. STRUGGLE FOR LIFE is a very silly comedy (ala Jerry Lewis) that had me laughing all through it. IN THE FOREST IN SIBERIA is a great adventure. THE STOPOVER is a vital film about the troubles of returning vets.

Below capsule reviews all the films I've seen so far except DJANGO (A review runs tomorrow) . Don’t let the brevity of the reviews fool you, some of them are  so good they are destined for my personal collection when they hit home video. The reviews are short because I had too many reviews to write and not enough time.

Do yourself a favor and go buy tickets and go see a film or two. Go because the films are good and many have filmmaker Q&A’s. For more information and tickets go here. 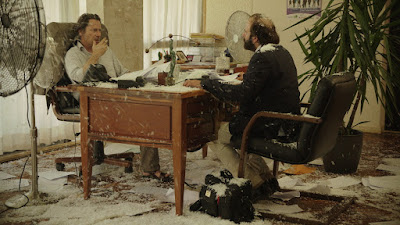 STRUGGLE FOR LIFE
An middle aged intern is sent to Guyana to build an indoor ski resort in the middle of the Amazon. Chaos ensues. Very silly comedy is no holds barred humor where everything is thrown at you with wild abandon. The jokes are very much the sort of things  that Jerry Lewis might try in his most manic mood. Normally I'm not a fan of Lewis style humor but this one caught me in the right mood and its laugh a minute style kept me going from start to finish. High art it's not, very funny (for some) it is. As silly as you think the real world is this will one up it and make your cares go away. 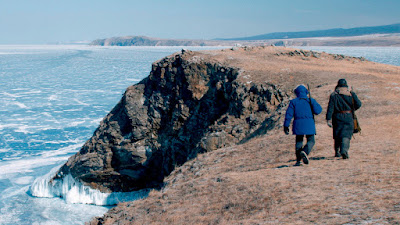 IN THE FOREST IN SIBERIA
Wonderful true life tale about a French man who decides to spend a winter in a cabin on a Siberian lake. We watch as he deals with poachers,bears and the climate. This is a gorgeous  big screen film that will make you feel like you're there. This is one of my favorite films from the series. 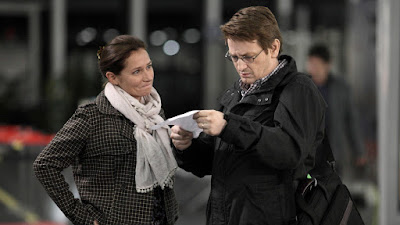 150 MILLIGRAMS
A pulmonologist takes on big pharma when she discovers a link to a diabetes drug and heart valve problems. A good little film about which I have very little to say. 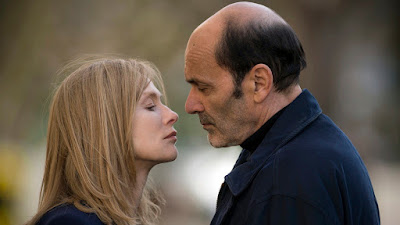 RIGHT HERE RIGHT NOW
A young woman finds her  life complicated as her new bosses have unexpected tie to her father and the new office beau adds to the possible complications of her rise through the ranks. Backstabbing and betrayal all around is on the menu in this good drama. While not my personal cup of tea, this will delight those who  like Isabelle Huppert fans 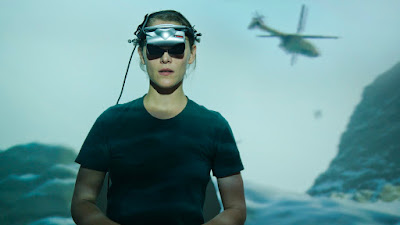 THE STOPOVER
On their way home from Afghanistan French soldiers top in Cyprus for 3 days in order to decompress. Two of the three women in the unit confront a variety of problems with in the unit and themselves. Very good look at the problems faced by female soldiers in military. Nicely handling all of the complications, especially the psychological ones, the film is score points for not having easy answers nor following the same old plot threads. Highly recommended. 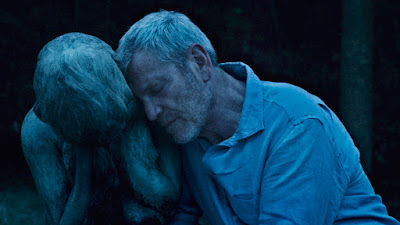 DAYDREAMS
Past present and dreams collide at a French Academy for artists. Interesting film is going to be something where you admire the craft more then the story. Throw back to the artsy horror films of the 1970's  I really loved the craft with which the film was made but I never fully connected to the story which seemed to be trying to be about something. Gorgeous to look at with moments of real intensity, all the parts didn't add up to a satisfying whole for me. 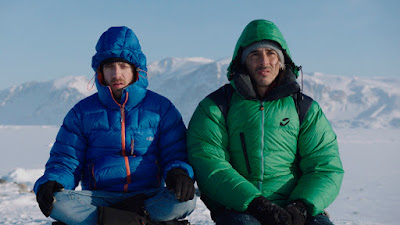 JOURNEY TO GREENLAND
Two guys both named Thomas go to visit friends in Greenland. Quirky (no this one really is quirky) comedy is low key and occasionally dry. How you react to it will depend upon your tolerance for the two guys at the center who are kind of slackers odd balls. I was amused by some of it  and not but other bits. Worth a look if you're interested at seeing Greenland on the big screen. A Netflix release 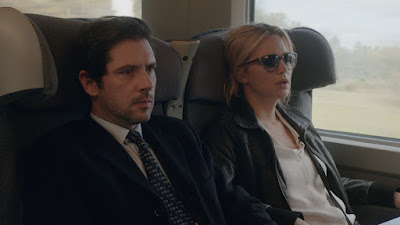 IN BED WITH VICTORIA
Hot shot criminal lawyer whose personal life is a mess finds that she may have a shot at putting it all back together when a former client comes into her life. Amusing romantic farce is rather light weight but very enjoyable. Virginie Efira stars as Victoria, a role that seems bound to be played by Katherine Heigel in the eventual American remake.  She is disheveled enough to make you frightened of engaging any lawyer showing signs of being like her yet friendly enough you'd want to be her friend. Worth a look.

For tickets and more information on the series and the films go to the festival website.
Posted by Steve Kopian at February 26, 2017