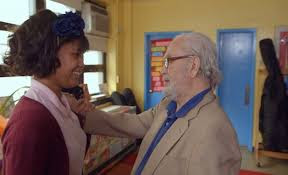 JOE'S VIOLIN
Joseph Feingold is a Holocaust survivor who donated the violin oe got in a refugee camp to WQXR's instrument drive. It ends up in the hand hands of ten year old Brianna from the Bronx. The daughter on immigrants she is delighted to get the instrument. This is a nice little film about how music can bridge generations.  Its a warm and fuzzy feel good film. (It can be viewed here) 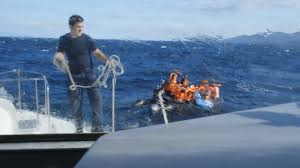 4.1 MILES
Crushing documentary about a Greek Coast Guard captain rescuing drowning refugees.  Graphically depicts  the plight of everyone concerned-this is not for the squeamish. An amazing film- one of the best films I've seen so far in 2017. It should required viewing for any legislator looking to stop refugees from coming to this country. I got nothing beyond that but to say  this is an absolute must see. (It can be viewed here) I am not sure if this film or WHITE HELMETS should get the award. 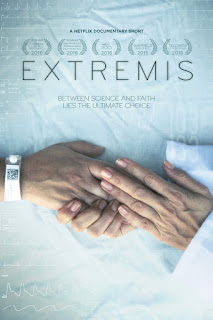 EXTREMIS
The film follows doctors in a hospital as they care for patients in life threatening positions where the decision has to be made about whether to remove the machines keeping them alive or not. A moving film that makes us come face to face with the choices that we all may have to make somewhere down the road either for ourselves or our loved one (or both).  This is a very good film and while I was moved by the film I was also kept a little distant from what was happening.  That doesn't mean it's a bad film, hell it is rightly in the running for an Oscar, but when compared to 4.1 MILES or WHITE HELMETS it didn't quite make me cry. (Available on Netflix)
Posted by Steve Kopian at February 09, 2017