Oscar Round Up: LION, FENCES and MOANA 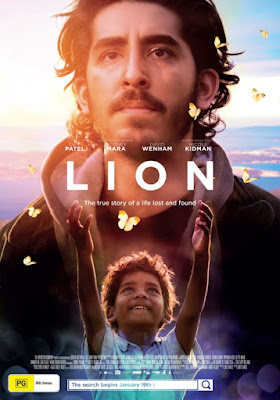 LION
True story of young boy in India who ends up separated from his family. Adopted by a couple in Australia he grows up happy but wanting to find out where he came from.

I'm kind of mixed on the film. Well acted and well made, the film never fully grew on me. It's not that it's a bad film, more that I had the sense the filmmakers never fully trusted it's source material. I could feel dragging me along at times, particularly by the use of a score that seems omnipresent. I could feel the heart strings being tugged by their hands.

There are a couple of moments where the film reduced me to a blubbering mess, but that would have happened anyway since I am a sucker for stories about finding family. At the same time I have the sense it's the same moments that moved me were the one's that moved the Academy to nominate it for Best Picture- but ultimately three moments are not enough to make an Oscar winner. 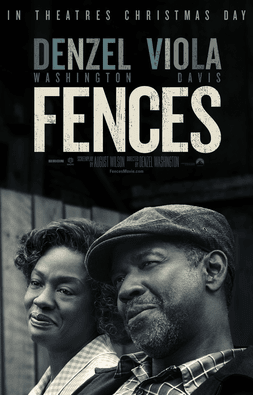 FENCES
Denzel Washington delivers a killer adaption of August Wilson's award winning play. He has given us a film with some of the best performances you'll likely to see in any film. I can not imagine a better film of the play...

...and that is the film's one flaw, it is very much tied to Wilson's play. Of course it's understandable considering the source, but at the same time the steady stream of words seem out of place with the real world of the film. Very few people speak as they do in a Wilson play. His are the more often the words of our hearts, not the ones we say in life. If you've seen other works by Wilson you can feel the rhythms of his words.

Director Denzel Washington needs to be praised for recording the towering performances in the film. They are shattering pieces of work and make the film a must see. 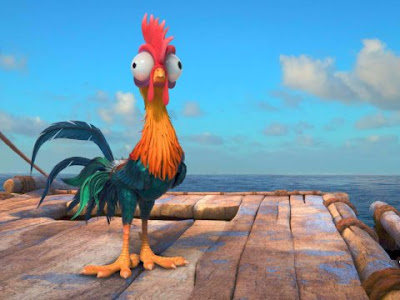 MOANA
Princess has travel across the forbidden ocean to return the heart of a goddess to save her island. The plot makes no sense, the songs are weak and so much is lifted from other Disney films, Broadway and Off Broadway (start with how the opening and other bits sound like Once on this Island) that if you look to closely you can see the blender that put it all together.  Coming together, despite the off the shelf feel, thanks to great characters and stunning set pieces this is a thoroughly enjoyable film- though what it's doing in the Oscar mix eludes me since it not quite that good. Definitely worth a look
Posted by Steve Kopian at February 10, 2017