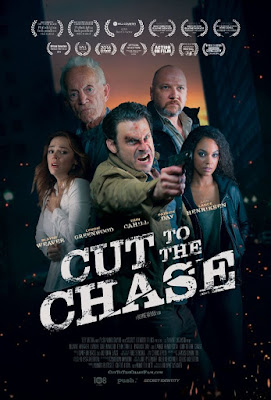 Gambler Max Chase is in hock up to his eyeballs again. If he can only get in tough with his sister she should be able to get him the money that will get his life back. Unfortunately his sister has gone missing and the goons have come calling so Max has to talk fast and look faster if he ever wants to see daylight again.

Excellent modern crime film starts as a kind of black comedy and then goes darker and loses a bit of the humor as Chase goes down the rabbit hole. A compelling crime film from the get go the first twenty minutes has some high stakes gambling, some well written verbal sparring, some nasty violence and a bit of sex. By the time Max starts his quest we're locked  in and willing to go anywhere the quest takes us.

Beautifully shot there is a wonderful sense of place in the film. This was clearly filmed on location and it adds to the feel of the action. This isn't the rented sets you frequently get in many similar Hollywood produced films.

The cast is first rate from top to bottom and the bad guys are scary enough that even as they are threatening your fingers or your life you believe that they would be cracking wise..

CUT TO THE CHASE is a damn near perfect noir. It's only real flaw is that it doesn't completely get the balance between dark noir and dark comedy quite right so some of the humor lessens the shivers. That said this is other wise a top shelf film and one of the best modern noirs you'll run across.