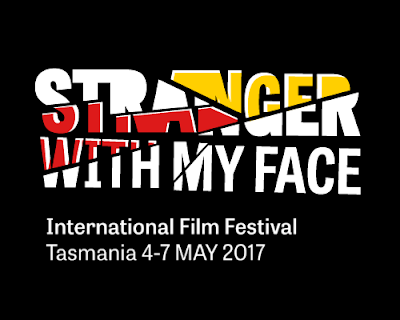 03 February 2017 - Hobart, Tasmania - Tasmania's Stranger With My Face International Film Festival will return for its fifth edition from May 4-7 2017.

“Events like this are needed more than ever, with women’s rights under threat around the world,” says Festival Director Briony Kidd. “Women are angry, and they have a lot to say. Genre filmmaking is enriched by that sense of urgency and energy and we’re seeing more and more extraordinary films directed by women emerging from the indie scene. But they’re often not as visible as they deserve to be, and that’s where Stranger With My Face comes in. Our mission is to celebrate these films and bring them to a broader audience.”

Named after the dark YA novel by Lois Duncan, Stranger With My Face focuses on female perspectives in genre film, with an emphasis on showcasing the work of women directors. Held over four days in Hobart, Tasmania’s picturesque capital city, the festival hosts screenings, conferences, workshops and exhibitions, as well as satellite events year-round.

Stranger With My Face has become a key platforms for genre film in Australia, and it is proudly connected to the larger women-in-horror movement worldwide.

The call for submissions is now open, with both feature-length and short films made after January 1, 2016 eligible for consideration. The festival takes a broad approach to horror, with dark fantasy, Gothic melodrama, horror comedy, dystopian sci-fi, animation, documentary and experimental hybrids all qualifying for the selective festival lineup.

While submissions are open to filmmakers of all genders, only films by those who identify as women are eligible for awards.

A new addition to the festival in 2016 was the Attic Lab, a program to mentored and support women directors, giving them an opportunity to pitch new projects at the festival. The Lab will return in 2017, with details to be announced soon.


SUBMISSIONS
Stranger With My Face is now seeking submissions of shorts and feature films. Visit http://www.strangerwithmyface.com/submit/ for more information.

About Stranger With My Face International Film Festival
Stranger With My Face International Film Festival is based in Hobart, Tasmania, founded by filmmakers Briony Kidd and Rebecca Thomson. Deriving its name from the young adult novel by Lois Duncan, it explores the idea of ‘the horror within’ and promotes discussion around genre and gender, from ghost stories to gore, from art house to exploitation. SWMF has a focus on female directors working in horror and related genres and aims to highlight bold new work by independent filmmakers.

Stranger With My Face is a founding member of the Women’s Alliance of Fantastic Film Festivals (WAFFF), along with Etheria Film Night (Los Angeles), Tokyo Scream Queens Film Festival and Ax Wound Film Festival (Brattleboro). It was voted in the Top 5 Coolest Women’s Film Festivals in the world by MovieMaker Magazine in 2013 and guest filmmaker Jennifer Lynch (Chained, The Walking Dead) described it as follows:

“Nothing short of magical. It was transformative for me. I think what is being done there, and celebrated there and made possible as a result, is the best I have seen at any fest… I want to be there every year.”

About Briony Kidd, Festival Director:
Briony Kidd is a Tasmanian-based playwright, filmmaker, director and producer a graduate of the VCA Film School in Melbourne. She has written and directed short films that have won awards around the world and has several feature film projects in development, including projects funded by Film Victoria and Screen Tasmania and, most recently, by Screen Australia Gender Matters initiative. She is also involved in theatre and most recently wrote and directed The Pit with her Radio Gothic theatre collective, presented at Dark MOFO 2016. In addition to her own creative pursuits and running the Stranger With My Face International Film Festival, Briony runs events for writers, teaches screenwriting and is a script consultant. She's also a freelance writer specializing in arts and film.
Posted by Steve Kopian at February 03, 2017

Email ThisBlogThis!Share to TwitterShare to FacebookShare to Pinterest
Labels: stranger with my face 2017