Winter Film Awards - Short films LILA, ZOMBIES, TOKYO COSMO, EYE FOR AN EYE, IN THE DISTANCE, MY LIFE I DON'T WANT and MY KINGDOM 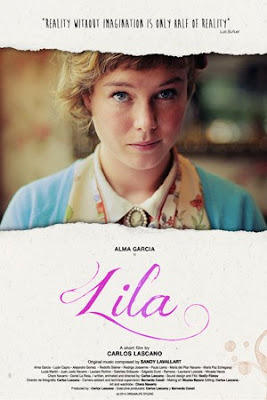 LILA
One of my favorite film of 2017. A glorious combination of animation and live action has a young woman's sketches adding magic to life. This film is pure joy with a tinge of bittersweetness. I laughed I smiled and I got misty.

How the hell wasn't this picked up by pretty much every other festival? 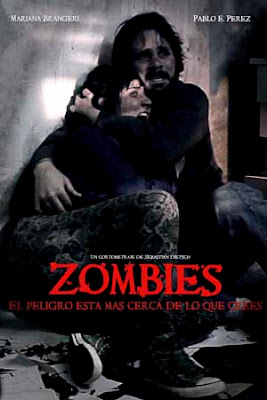 ZOMBIES
Trapped in a room during a zombie apocalypse a couple has a conversation that is probably the wrong one to be having just then- but the result is really damn funny...

And forgive me for not revealing more but if I tell you any more it will ruin it...and I don't want to do that. WOnderfully the laughs continue on all through the end credits too. 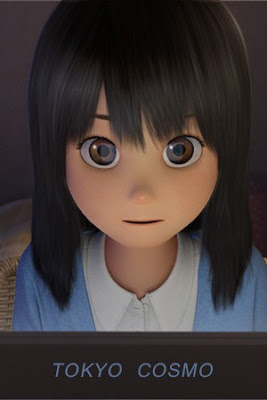 TOKYO COSMO
A woman day dreams in her apartment after work. A gentle little trifle that will make you smile at the journeys our flights of fantasy can take us on.. A delight. 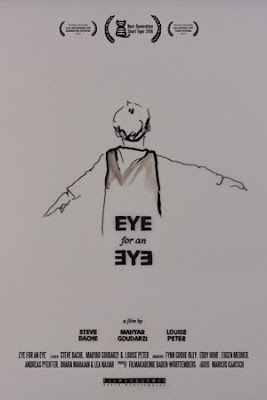 EYE FOR AN EYE
Perfectly rendered animated autobiography of Frederick Baer who is on death row. A four minute film that perfectly encapsulates a life misspent. A fine example of what can be done with animation in the hands of a skilled director. 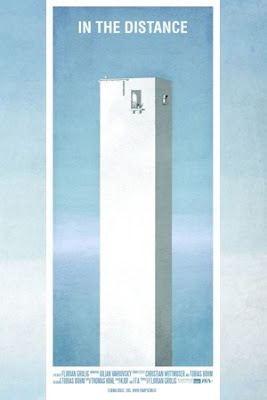 IN THE DISTANCE
A man lives in a tower above the clouds who has to deal with the approach of trouble over a series of days. A beautifully rendered film that is a warning to anyone who insists on putting their head in the sand when danger approaches or thinks that life can't touch him. A sobering masterpiece. 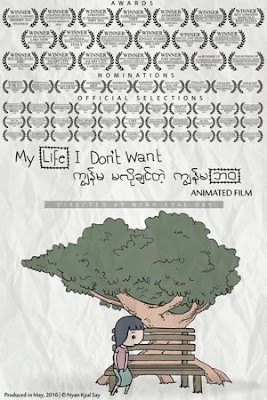 MY LIFE I DON"T WANT
I punch in the face film nominally about the life of women in Myanmar but which could be anywhere that women are abused and forced into second or third class citizenship.I painfully charts the course of a life that starts out happy and joyous and then turns more and more pained. This is the sort of film that should be a rallying point for women's issues across the globe. 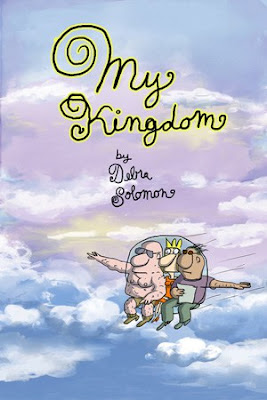 MY KINGDOM
A brief song about personal space. The weakest of any of the films I've screened from the fest and suffers by comparison.

The films play at various times during the festival with features and other shorts. Most of them will play together on February 27th in one block. For tickets and more information go here
Posted by Steve Kopian at February 20, 2017