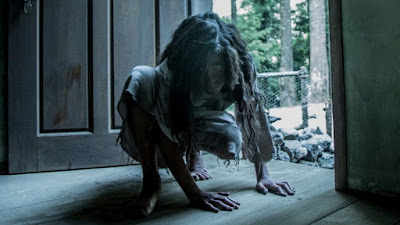 The story of a priest who finds feral child and decides to raise him, it is told in found footage and new interview footage that tells the story of what happened and how it all went wrong.

One of the best of the recent found footage films I've seen, FERAL does everything exactly right. Using the medium to tell the story rather than to hide the short comings of the story, FERAL plays exactly like any number of documentaries. It is so good at copying the form that you could probably submitted this to a film festival as doc and have it picked up as the genuine article. The sheen of reality adds greatly to the creepiness.

More disturbing and haunting than out right scary FERAL is a real gem. This is a film that quietly gets under your skin and makes you wonder why you are watching this when it is just bothering you so much. Think of it as what would have happened if the Truffaut film WILD CHILD went really wrong.  I was looking at this film late at night and I had to do something to clear it from my head before turning in for the evening.

One of my favorite films  at this year's Scary Movies. Recommended.