Ghost In The Graveyard (2019) Festival of Cinema NYC 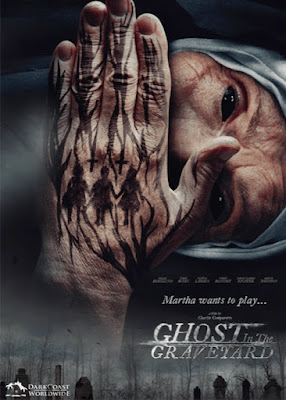 Lush looking horror film concerns a teenage girl who returns home and is seeming haunted by the ghost of her young friend who died a decade earlier when she fell in an open grave a during a late night game of ghost in the grave yard. Her return also coincides with a series of murders that may or may not be connected.

Beautifully shot horror film has images worthy of being hung on the wall. This is a stunning looking film whose images create a wonderful sense of life in a small town.

Unfortunately the film never generates any scares. It’s not that there is anything wrong with the story, it’s more a collection of technical choices that work against it such as the lush visuals which make the town and graveyard inviting, a too intrusive score and an over reliance on shock scares that are too telegraphed (often by the intrusive score) to work.

Ghost in The Graveyard plays at the Festival Cinema NYC tonight. For tickets and more information go here
Posted by Steve Kopian at August 09, 2019