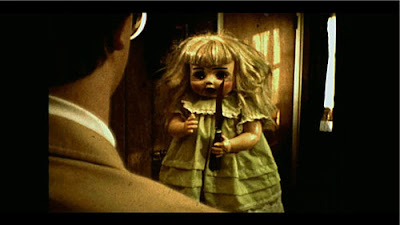 This 40 minute "short" is a collection of the compiler's super 8 shorts from when he was a teenager and young adult.  In one film dolls and toys amount a take over of the world, another is a spoof of a cooking show, another is fake documentary about New York, another is a film made for a friend and the final one are the remaining bits of a spoof of Shaft called Shift.

An interesting collection of films is ultimately a hit or miss affair with some being better (the dolls film and fake documentary) than the rest. Its kind of hard to really critique the films since they were probably never intended for mass consumption. On the other hand there is something here at times and had the filmmakers not been so goofy they may have made some truly great films beyond the dolls story.

As a former super 8 filmmaker I was intrigued and was tempted to pull out my fils and see if they hold up as well as these.

While not for all tastes it is an interesting look at a time gone by when amateur filmmakers had to do more than pull out their cellphone.

For tickets and more information go here
Posted by Steve Kopian at August 07, 2019