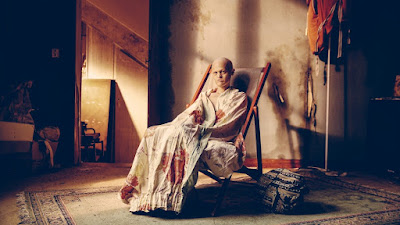 Lincoln Center’s Scary Movies starts this week and we are so much better for it. Over the last 12 plus years the series has brought us some of the best horror films from around the world. The choices are so good that I still discuss films like Village of Shadows or Stakeland a decade on. In all honesty Scary Movies may now be the absolute best programmed festival at Lincoln Center for the last three or four years running. I don’t say that lightly, since Lincoln Center is the home of the New York Film Festival, New York Asian Film Festival and New Directors New Films. However where those other fests have ups and downs, every year I walk out of Scary Movies completely happy with everything I’ve seen….

And this year no exception. I’ve seen most of the new films and I’ve really liked all of them. There are some genuine scares here and if you can you should make an effort to see them all- on the other hand if you need a cheat sheet might a recommend:

ALL THE GODS IN THE SKY is a fucked up film. This tale of a brother taking care of his injured sister while waiting for the aliens to come starts off kilter and then goes to disturbing places. Its horror will mess you up.

FERAL is one of the best found footage films out there. The story of a man who adopts a wild child only to have it go wrong is so good at aiming the documentary form there is a chance it could have fooled a documentary festival programmer.

BLACK CIRCLE has two sisters listen to a hypnosis record and open up the doors between dimensions. A solid throwback to early 1980’s Euro-horror it’s a disturbing ride to the dark side.

The festival is also playing some retro films which I am not going to get around to reviewing in full so here are some capsules:

COPYCAT starts Sigourney Weaver as a psychologist who refuses to go outside helping to catch a serial killer who copies other killers. It’s a film that has divided audiences over the last 25 years with people loving it or hating it. In today’s world the fact that the two leads are women (Holly Hunter is the lead detective) might cause some to consider if that is a reason as to it’s worth, but for me the question has always been is the mystery compelling. I’m not so sure. But if you’ve never seen the film you should take a look.

The fest is running a giant bears on the rampage double feature which unfortunately I have to miss.

PROPHECY is an environmental nightmare film about pollution turning bears into mutants and attacking a family on vacation. Pushed like mad before it came out it opened to scathing reviews (one called the bears walking canned hams) and it drifted in to a kind of cinematic infamy. Despite the reputation as a turkey the film is, if taken on its own terms, a pretty good monster thriller. High art? No but entertaining in a popcorn movie sort of a way.

GRIZZLY is a great deal of fun. It’s a rip off of Jaws but with a grizzly bear. The only way to review this is to say-If that intrigues you buy a ticket, if not stay away.

Scary Movies runs from August 16 to 21. For more tickets and information go here 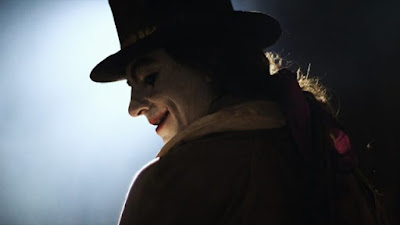