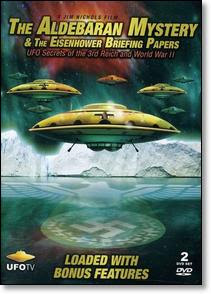 This is a 38 minute long film by artist James Nichols about all of the legends of Nazi UFO technology and possible alien contact. Its all here from the supposed mystic messages obtained by members of the Vrill society straight on to allegations of German bases at the South Pole. If you’ve ever wanted to know everything there was to know about the myths and legends concerning this way out theory this is the film for you. It’s a film that takes all of the bits and pieces found in other films and various books on UFOs and puts them in one place.

I have no idea if any of it is true. Filmmaker Nichols doesn’t know if its true or not, but he does think its one hell of a good story. I do too and I’ve been trying to track down all the bits and pieces I could find on this wacky tale for years and now thanks to Nichols I can stop the mad search because he’s brought all of the various bits and pieces into one place. Its great because now we get a bit more detail to things like the supposed real reason that Admiral Byrd left the South Pole suddenly in 194-, something that had been mentioned in one or two passing lines in a couple of UFO books.

High art its not. Great fun it is.

Also on the DVD is another speculative film by Nichols on the Eisenhower UFO briefing about the alleged story that Ike faked a dental emergency and actually met with aliens. It’s another story of questionable veracity, but a great deal of fun.

Last the set includes an 83 minute talk by Nichols on these two subjects taped at a UFO conference. It’s a bit more rambling than these two films but it does provide a few more interesting tidbits.

Is any of this stuff for real?

Who knows. I don’t really care since they stories are just a great deal of fun.
Posted by Steve Kopian at February 22, 2012