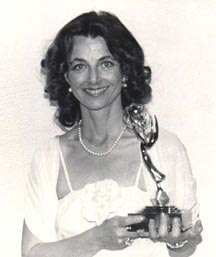 Linda Moulton Howe's award winning documentaries on the cattle mutilation mystery are a disturbing experience. Looking into a phenomena that seems not to have to logical explanation the film raises way too many questions.

The premise of the film is that something is doing weird things to cattle and live stock across the country and the globe. Sometimes the appearance of the animal carcasses are found after weird light shows which makes the phenomena linked to UFOs and at other times the the bodies are found in weird places like high in trees or jammed under the roots of a tree which makes the explanation of predator attacks hard to accept. There is occasional burn marks on the bodies. In some cases the mutilations appear to have been done cleanly on the cellular level with the cuts being perfectly along lines of cells.

Its a weird event that Moulton Howe presents coldly and coolly.

I first heard of Linda Moulton Howe and her documentaries back in the early 1980's when I used to listen to Elliot Lee Spiegel on WNBC in New York. Spiegel had a show called The Edge of Reality. The show dealt with all sorts of weird stuff much like Coast to Coast AM does today,but instead of going all night he had one hour every Sunday night. Moulton Howe was a semi-frequent guest and she managed to scare the crap out of me about the possibility of weird lights appearing and resulting in part of my body being removed. She was always promoting the documentaries however it was almost another 10 years before I ever managed to get myself a copy of them.

The power of the documentaries is in the straight forward tone Moulton Howe takes. The films, especially the first one, are unsensational looks at the subject. Moulton Howe had been making documentaries for years, mostly on enviormental subjects, and she simply carried over that just the facts style to the subject of weird animal deaths. Its so objective in its reporting that the first Strange Harvest won an Emmy award.

Its kind of hard to approach the subject these days without a wry disbelieving grin thanks to decades of silly Hollywood films, but it's hard not to laugh when you see the real story so seriously presented.

I really like these films a great deal. They are, as I just said the sort of things that take what is for many people a joke, and shows you coldly and coolly why the truth behind the joke is so chilling. Sure it's easy to laugh at something the notion of aliens mutilating cattle, but if you take the time to really look at the real story its much more frightening.

Do yourself a favor and track the films down.
Posted by Steve Kopian at February 24, 2012