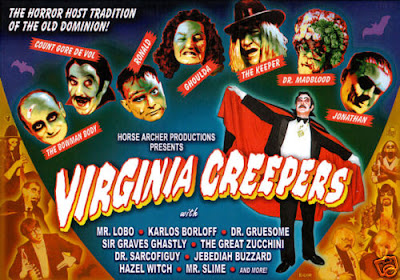 Aurora Monsters (2010)
Good but too long by half look at the horror models from the late 1950’s and early 1960’s made by the Aurora model company. Hosted and narrated by Zacherly the documentary talks about how the models came about (one employee thought they were a good idea but was told no until the kids of the executives saw them), how they filled the void for monster merchandise, how they were marketed and the influence they had. If you are of a certain age and had the models or if you like classic monsters this film is a real nostalgia trip. It tells you everything you ever wanted to know about the models and their influence that you wanted to know… and unfortunately and then some. As much as I like the film the problem is that there is simply too much material. There is som much stuff here that the film kind of runs out of steam about half way in and you get distracted. Yes it’s nice to be given every little bit about the models but some of it gets a bit far a field when we are talking influences. I liked it, but I really wish it was a half an hour to an a hour shorter (this runs almost two hours long.)

Virginia Creepers
Amazingly wonderful look at the TV horror hosts of Virginia is a real treat for anyone who crew up on Creature Features, Chiller or any of the various Shock Theaters that played around the country. This is a solid two hours, hosted by Cinema Insomnia’s Mr Lobo and it tells you everything you ever wanted to know about being a TV horror host during the heyday of horror hosts. Sue me I had a blast watching this. I had no idea who any of these people were but by the time this film was done I wanted to see about tracking down DVDs of their exploits -where video material exists. Trust me this is a blast and full of great stories about how coffins disappeared (stolen by kids looking to make a buck), hosts disappeared (she eloped), and how kids were scared to death. I can’t recommend this DVD enough, it’s a blast, and probably too short at two hours. (Damn-I think I just set a record for using blast in one paragraph)
Posted by Steve Kopian at February 11, 2012