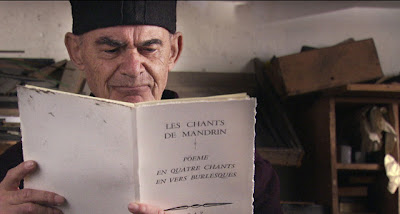 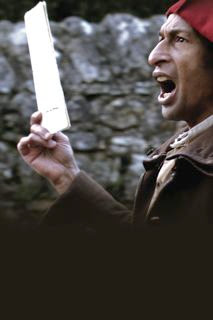 All this week we're going to be running second reviews of films that are playing Lincoln Center's Rendezvous with French Cinema which opens Thursday. Its a great series and you should make an effort to try and see something, though to be honest if you're in NYC you'll have to move fast since some screenings are sold out. Check the Rendezvous website for details about sell outs and about the Rendezvous Near You which is beaming things to theaters around the country.

Lyrically beautiful film about the followers of Louis Mandrin who, in the wake of his execution decide to resume his smugglers ways while publishing a collection of poems/songs telling their fallen leaders story.

Mandrin was a real smuggler who got into a Robin Hood like battle with the French crown over taxes and the treatment of the poorer classes. He was eventually captured and broken on the wheel in 1755. With his death a legend began to spread, which in some way stoked the fires that lead to the Revolution some forty years later.

Director Rabah Amir-Zalmech who plays Belissard, the de facto leader of the smugglers, has fashioned a wonderful tonepoem of a film. Everything about the film is a small pleasure. Each sequence is more or less perfectly constructed little box that works well not only on its own but also as part of the larger film. The opening chase where the wounded Hare (that’s his name not his species) is pursued by three of the Kings Dragoons is a great set piece that sucks you in as it turns the tables on you and introduces you to other characters.

It’s a film that has a feel that harkens back to many of the films that Werner Herzog was turning out in the 1970’s. Think the feel of Hearts of Glass, Kasper Hauser or even to some extent Aguirre and you know what it feels like.

The music is haunting and infectious (I want to track down the music if its available). It also comes from the film. I don’t think there is a time when we hear it when it isn’t being played on screen.

The on screen use of music blends nicely with the very alive and in the moment feel the film has. While we know that the film was scripted, on some level there are moments where the walls come down and the film stops being about the story but out the reality of the characters For example watch as Belissard walks with a donkey and the peddler. The donkey brays and the actors react to it in character and suddenly we are watching real people on screen not actors. Later when the men meet their ladies there is a joy in their coming together and twirl that seems more genuine than any similar sequence in any fiction film I’ve seen.

I should warn you that the film is more a film of emotion and “poetics” (for lack of a better term) than the plot. It’s a film that lets us know the characters, gets us into what they are about rather than sticking 100% to the plot. There is a plot, the characters on the run while attempting to pay tribute to their fallen comrade, but at the same time the sequences trail off, pause for some meditation and to focus on life as lived.

This trailing off is the one flaw of the film since as the film winds down the final two sequences, which are marvelous on their own, don’t add up to a completely satisfying conclusion (I can’t tell you why with out giving the end away so I won’t. And it’s not so much because it will ruin anything, rather I would rather you draw your own conclusions)

My slight reservations aside I want to recommend this film and suggest that you make a try at seeing this when it plays at Rendezvous with French Film. Details can be found here. 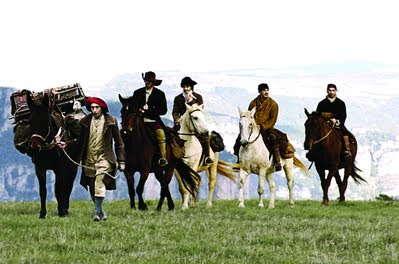