Sunday Nightcap August 19 Festivals Future and Past. Plus Riff Trax 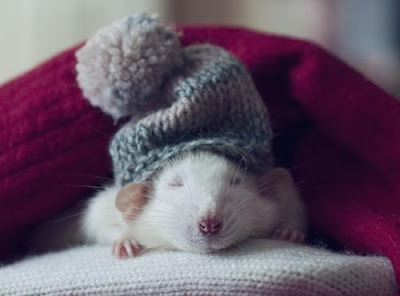 A few random pieces before some links….

In the near future we’re going to start a weekly column listing upcoming film events. If you’ve got a festival and a series coming up you’ll be able to send it our way and we’ll put it up. Being a New York City-centric blog I suspect that we’ll be running lots things aimed in New York, but we’ll take anything you think we should promote. The post will be up probably the second week in September. I would start it earlier except that Randi, our handy dandy researcher, and soon to be the gate keeper for the calendar is in the middle of some things she has to dig her way out of. There is a specific email for contacting us with info unseenfilmsinfo@gmail.com. If you want us to send us information send it there and we'll see about including it.

Speaking of upcoming events the New York Film Festival is coming soon. They have announced their Opening, Closing, Centerpiece and Main Slate films and all I have to say is that I haven’t seen that many films I’m excited about… which considering the way that most of the other film festivals this year have shaken out means that it should be full of great surprises. Seriously I went into Tribeca, New York Asian Film Festival and a few others with low expectations because I didn’t know the films and in each case came out smiling widely at the hidden gems I discovered. Right now the only film I’m looking forward to is Hyde Park on the Hudson with Bill Murray. The rest are cyphers.

On the other hand they still haven’t announced the films off the main slate which is where I usually find the things that really tickle my fancy. Keep reading and watching because there is hopefully going to be a ton of coverage of the festival.

I'm going to say something here I probably shouldn't. I thought long and hard about this over the last couple of days and I was prepared to let it go, but I find I'm still annoyed. I didn’t want to say anything because I don’t want to burn bridges or hurt feelings, but I really need to publicly ask the people behind a recent New York City film festival to pull themselves together and get better organized. I’ve had four run-ins with the festival this year and outside of a long email chat with the head of the festival (who is charming) I didn’t have a particularly fun time.

I’m not going to go into what happen but if you’re curious why there has been no coverage of the festival after a couple of posts announcing its approach it’s because of...well, things. Let’s just say that it started even before I showed up for the film that was canceled and it continued after that.

As far as things go, I’m happy that they had sell outs and things went well, but unless I get a sense they pulled it together next year (and I do hope they are back next year) I’m going to stay away.

On a happier note, John, Bully, Randi and myself went to the RiffTrax Live simulcast Thursday night of Manos: The Hands of Fate. The film really is horrible, but Mike, Bill and Kevin made it watchable. We had a great time… as did a good number of you all since it appears that a number of you were either at the Regal Cinema in Union Square or elsewhere in the country.

And now some links:

go down the rabbit hole with Strange Things on Google Earth

Other films hidden in Criterion edition.

Did 12 Angry Men get it wrong?

And as Unseen Films heads into the final six months of its third year I should tell you that coming up the next two weeks will be some random titles. This week is some recent stuff I just saw in the last few weeks, while the week after are some films I really think are really special.

Also look for some reviews of new releases in the next couple of weeks since we have been getting to press screenings...

Lastly I wish to welcome home to one of our Unseen crew as he comes back from vacation...and I need to wish another of our number a truly wonderful time on vacation.

As for me I never sleep, and I never stop. My vacation is sitting in a darkened theater watching movies I'm hoping are good enough to throw your way...

Have a great week boys and girls and I'll see you all next time...
Posted by Steve Kopian at August 19, 2012