Yes Boys and Girls it’s that time again to remind you all that the next set of Korean Cultural Service screenings start Tuesday with the North American Premiere of The Client. Here’s what their website has to say about the film: 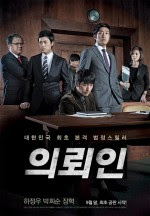 Hotshot attorney KANG Sung Hee (The Chaser star HA Jung-woo) has been called upon to defend Han (JANG Hyuk), an enigmatic, strange man accused of killing his wife. Although her body hasn’t been recovered, the public is quick to label him a monster and begs the court system for a guilty verdict. Determined to prevail, Kang works closely with his mysterious defendant, but they’re chased at every turn by the public – and Kang’s rival, a vicious prosecutor with his own agenda. A blockbuster in its native Korea, this nailbiter will have you guessing until its final, jaw-dropping moments. If you think you know where things are headed – think again!
It’s unlikely that anyone from Unseen will be at the screening (there are conflicts with NYCIFF and other things). However if we can get you a review before the film runs we’ll certainly do so.

After that the series will be running Unbowed on the 28th. I’ve heard some really good things about this film (I thought for certain it was going to play NYAFF this year) and I’ve got it penciled into my schedule Here’s how the KCS website describes it: 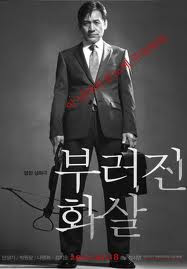 When it opened in late 2011, Unbowed’s uninhabited take on a highly-publicized true story caused such a stir that Korea’s Ministry of Justice and Supreme Court even chimed in, noting its wild inaccuracies. It turns out that sensationalizing the story of university professor who accosts a judge with a crossbow doesn’t go over well with governmental bodies…but thankfully, film fans love it, as this courtroom thriller – buffeted by the media uproar – became one of last year’s biggest Korean hits. AHN Sung-Ke, one of his country’s most respected international actors, delivers a bravado performance as the bow-slinging everyman while R-Point’s Park Won-Sang delivers a one-in-a-lifetime role as the struggling lawyer pushed to save him.