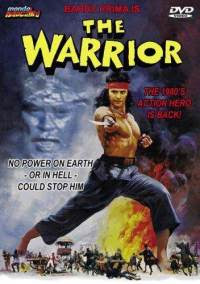 This is the first of a series of films with Prima as Jaka Sembung, a hero known as the Warrior. Sembung is an Indonesian native who fights against the colonial Indonesian government for the freedom of his people. He is a real pain and as the movie opens he has been captured by the authorities. Instead of killing him they send him off to work in the quarry breaking rocks. His captivity doesn't last long and he's soon back leading the forces of rebellion. The government is desperate and is reduced to hiring great warriors to try and capture and kill Sembung. Eventually they are further reduced to having a powerful voodoo priest resurrected for the task.

I really like this movie a great deal, its just 90 minutes of action and magic and the perfect thing to unwind with after a long day at work since it requires very little from the view except acceptance. This is the type of movie that popcorn was invented for.

Certainly by no means a well made movie (the fights occasionally appear staged and the make up is low grade) that makes up for pretty much all its short comings in its go for broke, through everything in but the kitchen sink attitude. This movie just keeps piling on the complications as it goes along and if you tune into its wave length there is nothing better. (I even didn't mind its ""Rah Rah! Go Indonesia attitude" which was used to inspire pride in native Indonesian audiences, but to my eyes at least showed a seriousness of cause lacking in most action films)