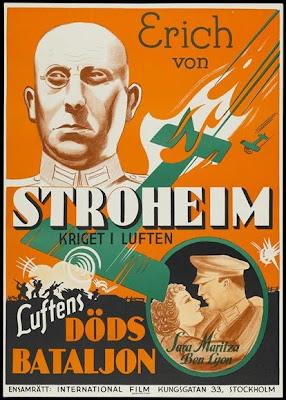 When Fred is forced to leave his job as a test pilot for being a German immigrant his friend Bob goes with him. These are the days prior to America's entry in to World War One and anti German hysteria is running high. Unable to find work Fred decides to return to Germany "where he's wanted" and Bob goes with him. Both men fall in love with a pretty ambulance driver complicating their friendship. Things get even more complicated when America enters the war and Bob feels he must join his fellow countrymen on the other side. His only hope to escape would be with Fred's help, but to do so would put Fred into terrible danger.

Interesting war drama about love, friendship and nationalism in time of war. Certainly its a pot boiler first (and a good one at that) but it also forces you to wonder which is more important friendship or country? The answer isn't that easy especially when any choice will be deadly. There really isn't much more to say beyond that except its a good little movie thats well told. Its an enjoyable hour and change that probably won't change your life but will keep you entertained.
Posted by Steve Kopian at September 10, 2013