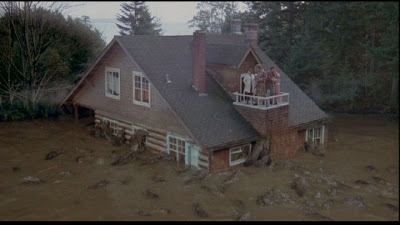 God love Bert I Gordon (Mr. BIG himself) for giving us some of the hokiest yet most fun films ever made. War of the Colossal Beast, Earth Vs The Spider  and Attack of the Puppet People are all the work of a man who specialized in giving us BIG things.

In 1976 he gave us an adaption of HG Wells semi classic novel Food of the Gods about a strange substance that comes bubbling out of the ground and causes things to grow- rats, wasps, leeches and chickens.

Its all done with macro lens and mattes and the results are more than adequate. Sure the rats that scurry all over look like rats on sets, but at the same time they look really cool…certainly the effects look better than the ones in the sequel which came a decade or so later.

The question you need to ask yourself before you try this film is what do you want from the movie. If you want genuine scares and a great plot you may want to pass, but if you want to see some reasonably well done giant (or at least really big) monsters give this film a shot. For me the joy of this film is in its beasties. I like the oversized rats. I love the giant wasps with stingers the size of swords and I love what the venom does to people. I really love that stuff and I don’t need the rest.

Definitely a must see for anyone who likes monsters, especially of the old school variety. 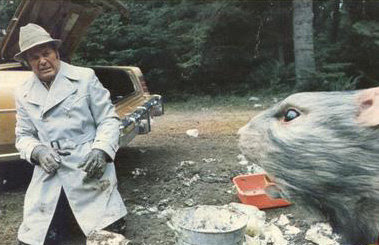