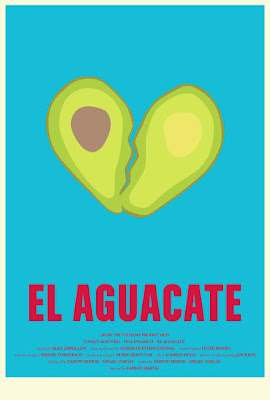 This review contains spoilers. I say this up front because the PR people are insisting that no one reveal the ending of the film. Normally I will play but the PR people's rules but the filmmakers have pissed me off with the ending and I don't feel bound by the rules.

This is the the story of two older people who work cleaning offices. There is an attraction between them and the possibility of something more.

I'm not going to lie, romance that takes up about seven minutes of this ten minute film is one of the best romances I have encountered. It is a wonderful . It is a beautifully acted romance that warms your heart and makes you feel good. It is, or was one of my favorite films of the year.

And then, as the gentleman is waiting to go out and meet his lady love there is a knock on the door. It's ICE. He is in the US illegally so they take him off to be deported. Meanwhile the lady waits in vein for her suitor. The end.

You can't just pitch a carefully crafted romance after two thirds of the film for something else with no explanation. Not only will it piss of your audience (and trust me I am pissed off)  and make them think that you don't know what you are doing. My overwhelming thought (beyond a steady stream of profanity) was if you wanted to deal with illegal immigration you really should mention it before you make it a plot point.

If there was a basis for the left turn I could have accepted it, but there is nothing. Just ICE coming and hauling him off for no damn reason dramatically. Was it because of the poll takers he refused to talk to? No idea.  There is simply no reason that I can think of other than to have a shocking ending.

To be honest there is a rule of Raymond Chandler's which says that you can ask the audience to believe one unexplained and unsupported thing, but I don't think he was ever talking about a seismic shift in a story. Everything can't hinge on the left field play, especially in a short film, the tale will never recover from the shock.

Frankly at this point I don't want to know anything why the filmmakers did it. It doesn't matter. No matter what reason they give the film will still be wrecked because the structure of the film can't support the turn. It most certainly would work in a longer film where we got ore information but in a ten minute film it doesn't.

Is this supposed to be a proof of concept film? If so the filmmakers have cut off their nose to spite their face. While the turn may be their intention for a longer film, seeing it in the short makes it look like they have no idea what they are doing. It looks like they are taking the notion that there must be something dramatic in the third act to be taken seriously just because. If I were an investor I wouldn't touch a longer version the film as written because the ending left such a bad taste in my mouth.(Or I would but I would insist on no ICE)

Ultimately while I would like to say burn this film to the ground, I can't. I can't because the opening seven minutes are so good that I can't hate the film as much as I want to.

Easily one of the most disappointing and infuriating films ever made. To that end my advice if you are seeing this at Dances With Films or any film festival is leave after seven minutes so you won't be disappointed.
Posted by Steve Kopian at June 14, 2018

Email ThisBlogThis!Share to TwitterShare to FacebookShare to Pinterest
Labels: dances with films 2018, drama, not worth the effort, short