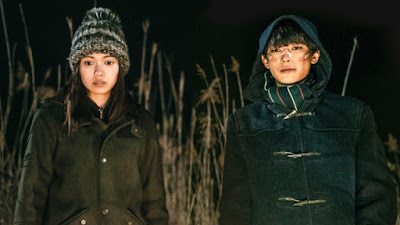 RIVER'S EDGE
The life and times of being a teen in Japan in 1994  is full of bullying and dead bodies.
Bleak, brooding and decidedly quirky thanks to an uneasy sense of humor that runs through much of the film, River’s Edge is a good little film that would have been better had it not tried too hard to be noticed. Still as a film that reveals just how film film noir like,complete with dead bodies, being a high schooler is, this film can’t be beat.
It plays July 3 at NYAFF and Fantasia July 29 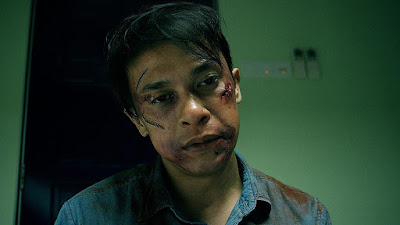 CROSSROADS:ONE TWO JANGA
Bleak little slice of hell as a new cop has to deal with the corruption around him.
Nam Ron's excellent follow up to BRUTAL(JAGAT) from two years ago is a stunning leap forward by the filmmaker. A film of raw power and great maturity this is a film that will kick you in the chest and break your heart.  One of the best crime dramas at this years NYAFF it is also a stunning social drama about the nature of society.  Highly recommended.
It plays July 11
Posted by Steve Kopian at June 29, 2018