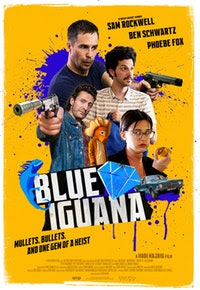 Sam Rockwell executive produced and stars in BLUE IGUANA a funny caper film about two Americans brought to London in order to steal a certain package. That the film is getting released in the August doldrums would make you think it probably isn't very good, but the truth of the matter is it's really funny and while decidedly off beat, it's a charmer.

I have to confess something right at the start. I have fallen madly in love with Phoebe Fox. Fox plays Katherine Rookwood, a not so honest attorney, who travels from England to New York to hire Sam Rockwell and Ben Schwartz for her very illegal job. Blowing into the diner where the boys work early she is has the look of someone out of her depth. However once she begins speaking and putting the boys corrupt boss in his place by laying out his scams I was charmed. Crook or no she instantly became the girl of my dreams and I was hooked on BLUE IGUANA.

Of course the fact that the film is wonderful beyond Fox didn't hurt either. The marvelous cast appears to be having fun as they go though the criminal paces and spouting wicked one liners that are going to be stolen by everyone who sees the film. The film is an absolute delight from top to bottom.

I don't know what else to say but get a tub of popcorn, a beverage of choice and wade into the madness- personally I can't wait to see it again. 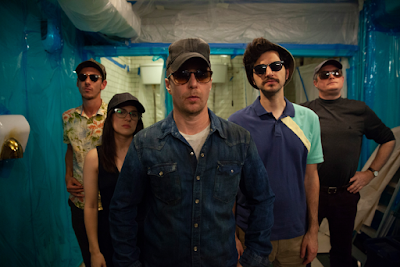