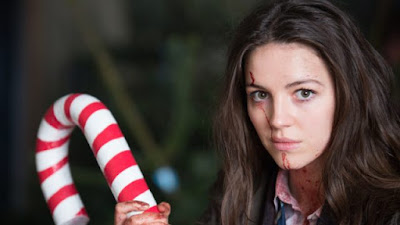 The 11th edition of Lincoln Center’s Scary Movies is happening starting Friday. As many of you know the festival used to run in October around Halloween but the glut of fall programming it was being buffeted about so they moved to the summer to put a chill in the humid air.

I’m not going to go into a long gushy mash note for the festival because as long time readers will know I love the fest. Also one of the programmers is Rufus de Rham, one of the guiding spirits of New York Asian Film Festival so you know it's going to be good. Rufua is also a great guy and one of the best people I’ve met since starting Unseen Films. You know if he is involved in any project then it is worth your time, money and effort.

We will be dropping reviews all through the fest so keep checking back. In order to help you choose a film or two or three or more before they all sell out I’d like to make a few suggestions.

LORDS OF CHAOS is hypnotic true crime tale about the early days of the Norwegian Black Metal band Mayhem which were filled with suicide, murder, arson and madness. It’s not really a horror film but it is a walk on the dark side (with an occasional laugh). It surprised and delighted me.

THE INHABITANT is a creepy little film about two sisters who break into a house to steal money and find something they shouldn’t have.

THE TRACE WE LEAVE BEHIND has the search for a missing patient in a hospital turning spooky. Grounded in real world problems this is a neat little chiller whose images will haunt you

I want to state that I saw and liked WHAT KEEPS YOU ALIVE but that the review will run after the Scary Movies screening and closer to the theatrical release.

And a quick note to anyone who is going to look around for reviews of the films playing the festival- HURT World Premiered at Fantasia a couple weeks back the version that was supplied to reviewers, myself included, was not the finished film. It was a different cut running longer and with different edits and music. The mistake was discovered after the film premiered and after some reviews (including mine)  had run. We were told that we would have a chance to re-screen the film but it never happened because it happened so late in the festival. As of this writing I am looking to re-review the film because of the differences.   If you are looking at reviews from Fantasia of HURT see if you can work out if the review was based on the public screening or the screener (anything from July 26th or 27th is probably from the wrong cut). I say this because apparently there is a difference in reaction to the film. 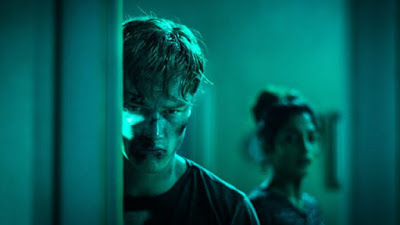