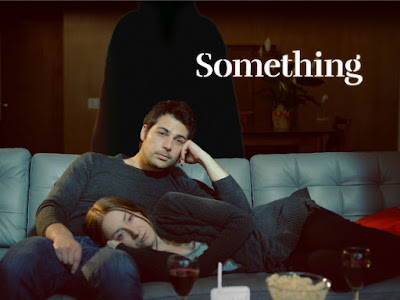 SOMETHING
Young couple are having a tough night with their newborn. Not only are they sleep deprived but they think that someone is lurking outside of their home.

Good small scale dramatic thriller has enough going for it that you forgive the bumps and hang in there because you genuinely want to know what in the hell is going on. While far fromperfect it does entertain which is some times all you need. While I enjoyed myself I really wish that Eric Roberts had done more than phone it in in he small role since unbalances the film.

SOMETHING plays Friday at the Kew Gardens Festival of Cinema 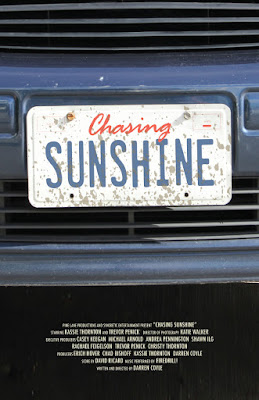 CHASING SUNSHINE
When Darcy’s best friend bails on her secret admirer’s scavenger hunt she is paired with Jack the best friend’s boyfriend in a trip across the city. Amusing hour long film is delightfully unexpected. How nice to see a film where a man and a woman can be people with no hint of romance (Darcy is a lesbian). Some great dialog and some genuinely funny situations mix together in a sweet little film whose biggest problem is that it’s hour long run time is going to limit screenings outside of the festival circuit so see it anyway and any time you can. This is a gem and one of Kew's best films Worth a look.

For tickets and more information for both films go here
Posted by Steve Kopian at August 08, 2018