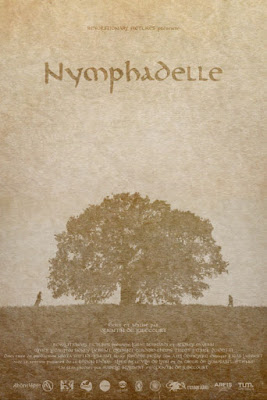 NYMPHADELLE
This is the tale of the son of a king who's parents are killed by a usurper to the throne. Hiding in the forest he meets a young woman and together they go off to get revenge.

Good looking but ultimately unremarkable fantasy tale is much too brief at 55 minutes. While everything you need for the story is here, including an unexpected ending, the film still feels like it's missing something. It feels kind of like a short story in the binding of a novel.

Worth a look if you like this sort of thing but nothing lost if you miss it. 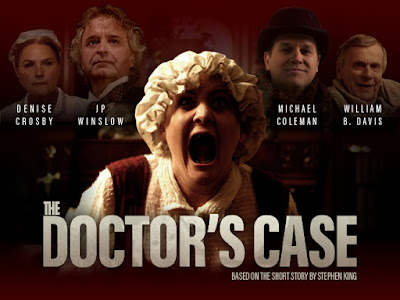 THE DOCTOR'S CASE
Adaption of a Stephen King Sherlock Holmes short  story where Watson plays a key role. The tale concerns the death of an evil family patriarch who has cut everyone of his relatives out of his will just because he's a right bastard.

Running just over an hour the film is a really good time passer. While there is much to like the unevenness of the cast, some actors seem wrong for their roles or play things a bit too over the top, keep this from being as truly great as it should have been.  Regardless this is still a really good mystery.

Quibbles aside the film is a blast and now a couple of weeks on I am still thinking about it, which says a great deal more than the quibbles do.

Worth a look for Holmes and mystery fans alike.

These two films play together Saturday at the Kew Garden's Festival of Cinema
Posted by Steve Kopian at August 09, 2018