Kew Gardens Capsule reviews: INTO THE VALLI and OPERATION WEDDING 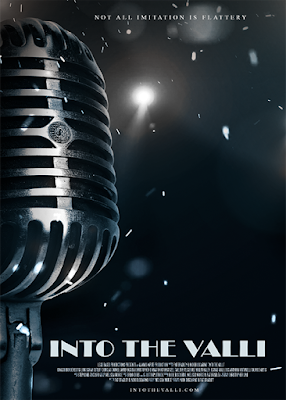 INTO THE VALLI
Emotionally raw drama about a Frankie Valli imitator who has steamer trunk of emotional problems. Struggling to put his life together and hit it big  he finds things blowing farther and farther apart as his life begins to mirror his idol's.

This is a really good film that deserves to stand on it's own without the gimmick of impersonator copying his idol in every way. While I know that is the point of the film, the filmmakers have made a film that didn't need the hook because they got the drama right. Even without the Frankie Valli references, this could have just been anyone who is driven, this film would have been gangbusters because pain of the inter-personal relationships involving heavily damaged people make this tough  but engrossing viewing. The story is a universal one. Things are so good that there  are times where I simply couldn’t watch and had to look away because they got the details of a life in free fall so right. If you like heavy dramas this is recommended.

INTO THE VALLI plays today at Kew Gardens 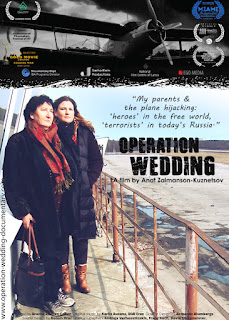 OPERATION WEDDING
Anat Zalmanson-Kuznetsov‘s documentary exploring her parent’s plan to hijack a small plane and escape from the Soviet Union. Mixing modern recollections with period video footage the film explores what happened, why things went down as they did and what happened as a result of it. As someone old enough to have watched the first reports of the hijacking and then follow the story as it played out over years this was a walk down memory lane. Living in New York, where there is a large population of Russian Jews, the film brought it all back. One of the best films I’ve seen at Kew Gardens it is an eye opener since it brings back clear picture at why the Soviets were so bad and why people wanted to leave. Recommended