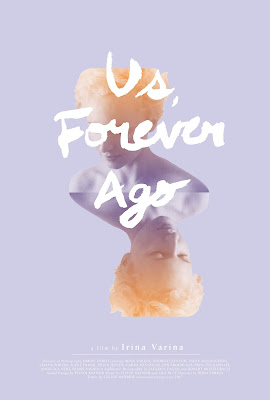 US, FOREVER AGO haunts me. A stunning first feature it is a film that has not only stayed with me but called out to me at various times since I first saw it, pleading with me to return to its warm embrace. A narrative/documentary hybrid it destroys the boundary between genres to become a singular cinematic work.

The film is nominally the story of director Irina Varina looking back from 2030 at the film she started to make in 2015 and struggled with until 2018. The film within the film is the story of a woman making a documentary about female artists and is made up of interviews with the various artists that Varina knows.

On the face of it it shouldn’t work. In describing the film to a couple of friends they sort of scrunched up their faces and said it sounded pretentious- and it does but Varina makes it work. She not only makes it work she makes it into something grabs you and embraces you. There is a physical tactile quality to the experience of seeing Varina and it feels wonderful.

I know it sounds insane but it’s true. Watching the film is like going to a certain place. As the film spun out I kept wondering where I was and how did I get there. Watching the shots on the snow subway platform high over Queens that close the film are like going to a specific place in time and space- it is a feeling that returns each time you revisit it (I know I watched them over and over again). The marriage of sound and image and the spoken words mesh so perfectly that it scoops you up and puts you right there.

One of the (many) reasons the film works so well is that Varina's narration is hypnotic. Her words and delivery is perfect in the truest sense of the word. We hang on every word, every inflection and we are brought into the tale in the way the best storytellers hook us and suck us into their stories. It is so good that it will make you wish there was an award for voice over work.

Equally wonderful are the interviews with the various artists that Varina conducts. Transcending the notion of a talking head to become an actual conversation, they play out as if we are sitting in a café shooting the breeze with a friend. The fact that all of the women are at home make us feel the same way.

I am in awe of the film. (So much so that I am nt going to quibble about the one thing that didn’t work for me because it would come off as sounding rather mean)

See US, FOREVER AGO. It is playing August 8th at the Kew Gardens Festival of Cinema and is a must see (tickets here). It is a must see not only because it is a great film but also because it will put Irina Varina on your radar as a new shining face in the cinematic firmament.

One of the best films at the Kew Gardens Festival of Cinema and of 2018 as well.

The film plays Wednesday August 8th at the Kew Garden's Festival of Cinema. For tickets and more information go here. 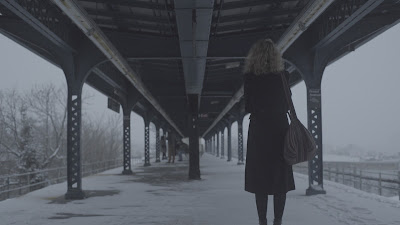