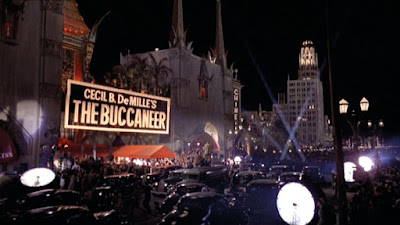 Similar to FINAL CUT LADIES AND GENTLEMEN which played the New York Film Festival in 2012 this is just a delightful way to commune with the films as each clip blends into the next creating a wonderful cocoon of cinematic goodness. Even if you were to get bored watching the “story” the film holds you attention simply because you’ll want to see what clip they are going to use next.

The sin of the film is that I only got to see it once. This is a film that requires multiple viewings so that you can go back and see what you missed and to double check to see if you were right concerning the films. This is going to be best viewed with all your friends who love films.

While the film is probably too long at 135 minutes it is still an absolute delight from start to finish and is highly recommended.
Posted by Steve Kopian at September 02, 2018